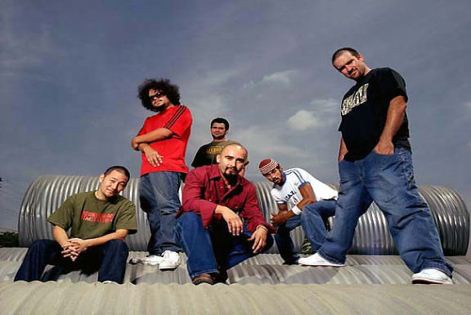 The roller coaster ride of BoomTown Fair has well and truly been set in motion… With the all the excitement of the recent Ski-Lift announcement still buzzing in the air, it is now time to unveil the first bunch of acts for Boomtown 2013..

The forerunners in this first of two major musical announcements (the second batch to be released next Thursday 14th February) include; the genre defying  Parov Stelar Band, fusion frontiers Ozomatli, ska stalwarts Mad Caddies, Grammy award winning sunshine hip-hop legends Arrested Development, Reggae’s soul master Toots and the Maytals, one of reggae’s most prolific singer/songwriters Richie Spice, international reggae sensation Collie Buddz and the Kingston Band. As well as Foreign Beggars, Redlight, Chinese Man (Live), Dub Inc., Lee ‘Scratch’ Perry, Gentleman’s Dub Club and so much more...
With the Fair officially splitting up into several different districts this year, the expanse of musical genres nicely reflects the various personalities for each area and unique stage. First up, let take a trip through the ska, swing, folk and punk line-ups:
It is with enormous excitement that BoomTown welcomes the Parov Stelar Band; for those who are unfamiliar with this Austrian DJ, turned uber producer’s work, he has stealthily been taking over the global music scene in recent years with his inspired styles and samples from the most varying of genres (soul, pop, jazz and swing) creating an incomparable and peerless sound. The full band are known for their lively and exuberant live shows and right up OldTown’s street! Next up for the Town Centre Stage is Grammy award winning musical alchemists Ozomatli. This super group from LA effortlessly fuse Latin salsa, urban hip-hop and jazz-funk into their signature sound, which, when seen live emits a rich energy that will perk up even the weariest feet... Another signature sound for BoomTown will come at the hands of the ska heavyweights - Mad Caddies, these stalwarts of ska have been knocking around pleasing ska hungry crowds all over the world for nearly two decades and now it’s BoomTown’s turn!
This first round of artists includes, not one, but TWO Grammy award winners, the second of which are sunshine reggae and positive afro-centric political pioneer’s Arrested Development. With their mega hits ‘Tennessee’, ‘Mr Wendal’ and ‘People Everyday’, they host a back catalogue that defined the sound of a generation, BoomTown will once more be a city filled with smiley faces and overwhelming happiness when this legendary group take to the stage!
Being the friendly bunch that they are at BoomTown, they do like to welcome back some familiar faces and honorary BoomTown residents, this year sees the very welcome return of some of the cream of the crop from BoomTowns’ gone by, including: 2011 headliners and reggae royalty Toots and the Maytals, rocksteady rambunctiousness from The Neville Staple Band (The Specials) as well as The Selecter and the super saucy Molotov Jukebox. Along with BoomTown regulars, The Skints, Babyhead, Ska Cubano, Random Hand and a selection of awesome newcomers; Demented Are Go, Orkestra Del Sol,  Hoffmaestro, Les Hurlements D' Leo, Suicide Bid, The Creepshow and Flap!
Whilst over on the Reggae, dub and jungle stages the first couple of headliners for this year include: one of Jamaica’s leading dancehall stars Richie Spice and one of the most buzz-worthy Reggae artists over the past few years Collie Buddz and the New Kingston Band. Also to be found in the reggae, dub and jungle stages are: Dub Inc., Lee 'Scratch' Perry, Million Stylez, Gentleman's Dub Club, Necessary Mayhem Showcase feat. Tippa Irie & Mr Williamz, Mungo's Hi Fi,  Musical Youth, Iration Steppas meets Channel One in a Dubwise Fashion, Robbo Ranx (BBC Radio 1xtra), Prince Fatty + Horseman, I-Fire, Dreadsquad feat Dr Ring Ding + Kasia Malenda + El Fata, Marcus Visionary, Buggsy (full live band), David Boomah Feat. Only Joe
And finally for the break and bass stages BoomTown presents... the trailblazing electronic crossover act Foreign Beggars, Bristol based DJ and producer Redlight, the bad ass, old skool hip-hop meets baile funk sounds of the formidable Chinese Man (live), dubstep pioneers Digital Mystikz, Koan Sound, Calyx & Teebee, DJ Zinc, South Central Live, LTJ Bukem & MC Conrad, Opiuo, B.Triats, Mak & Pasteman, Reso, Rack n Ruin, Woz (Black Butter Special) Sticky, Randomer and Slipmatt b2b Billy Bunter.
With this first mega announcement of the acts confirmed for 2013, the six months to wait until the town gates are opened all of a sudden doesn’t feel too far away - we can almost smell the bunting and feel the bass! The next batch of confirmed artists will be announced next Thursday 14th as a little Valentines gift from  the BoomTown Mayor!

Published on 07 February 2013 by Wayne Feltham