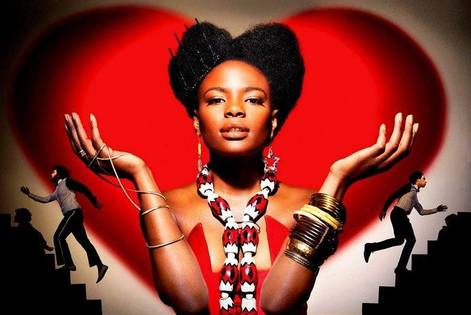 Five of the hottest acts in music have been added to the tenth anniversary line-up of The Wickerman Festival (22-23 July).

Wickerman announce the Noisettes, Yasmin, Sound of Guns and MOPP will join Feeder, Echo & The Bunnymen and The Hoosiers on the Summerisle Stage.

In addition to the blistering new line-up, Ally McCrae (BBC Introducing) is confirmed as the festival’s Summerisle Stage compere for 2011.

Two years on from their monster hit album, Wild Young Hearts, international superstars Noisettes will fire up the crowd with songs spanning their two album career of eclectic work including the funk grooves of ‘Don’t Upset the Rhythm’ and sultry soul of ‘Never Forget You’. Known for their energetic performances the band has played at almost every top festival across the UK, Europe and USA.

Joining them on the Summerisle Stage, Yasmin is set to be one of 2011’s break-out stars. Born in Manchester and raised in Kilmacolm near Glasgow, the international DJ and solo star is in the midst of the most exciting explosion of young British music in years. With support from Radio 1 and 1Xtra, her debut single ‘On My Own’ peaked at six on the UK Indie chart, while her upcoming album is the subject of much industry buzz.

Liverpudlian rockers Sound of Guns will make their Wickerman debut fresh from supporting The View on their UK tour. While Scottish electronica duo MOPP will also take to the Summerisle Stage hot on the heels of being featured as BBC Introducing…’s Tip of the Week and fresh from performing at Radio 1’s Big Weekend.

The festival’s much-loved Scooter Tent will welcome back Root System. Long-time festival favourites, the Fife-based group will fill the tent with their infectious blend of punk, ska and techno with hits from ‘It’s Up to Me’ to ‘Everybody Loves Ska’.

Summerisle compere Ally McCrae (BBC Introducing) said; “As a huge supporter of Scotland’s musical talent, hosting The Wickerman Festival’s main stage for its tenth anniversary is a huge deal for me.

“I’m looking forward to joining the Wickerman audience in being blown away by the wealth of talent on display with Feeder, Echo & The Bunnymen, Noisettes, The Hoosiers, Yasmin, Sound of Guns, and MOPP just some of the highlights confirmed for the main stage.”