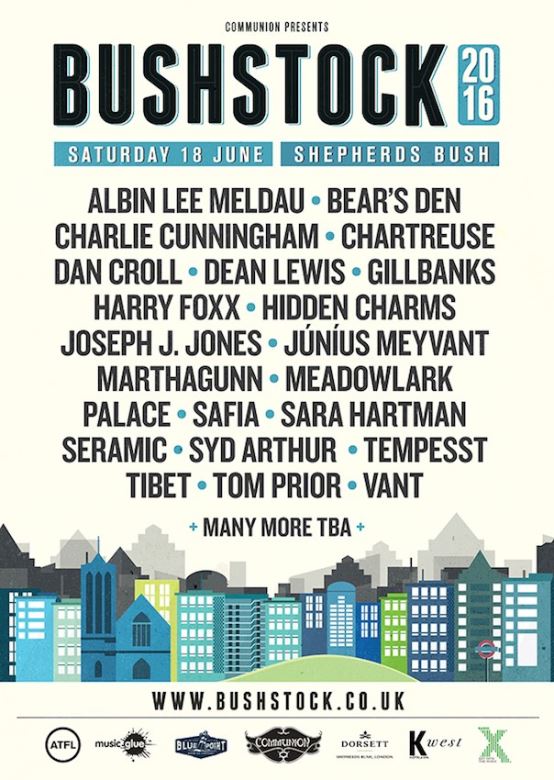 Bushstock will return to Shepherd’s Bush in London on Saturday 18th June 2016. Now in it’s sixth year, Bushsock has gained a reputation as the place to see ‘the next big thing’.

The annual one-day multi venue music festival is an opportunity to see some of the most exciting up-and-coming talent alongside established names, it’s a unique day of new music discovery.

In addition to today’s lineup announcement, details of this year’s stages and venues have also been unveiled.

Once again, the festival will return to the stunning St Stephen’s Church - which has provided some of the Bushstock’s most memorable moments in previous years - as well as the unique Bush Hall and Shepherd’s Bush local’s favourite, The Defector’s Weld. Bushstock 2016 will also have a stage at the Sindercombe Social which will provide a great stopping place en route to the outdoor stage which will be located in the courtyard outside K West. This 450 capacity space will also play host to some of London’s best food traders throughout the day.

Bushstock has a history of treating its festival goers to a selection of secret shows. Last year saw very special surprise performances from The Staves and Nick Mulvey, and the secret programme will continue this year...

All Early Bird tickets are now sold out and the final remaining tickets, priced at £32.50, are now on sale here.