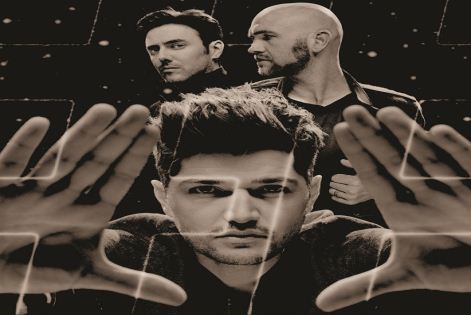 Irish Alternative Rock trio, The Script, will be amongst the leading acts at this year’s Emirates Airline Dubai Jazz Festival. Other headliners at the festival include legendary rock band Deep Purple, 3 Doors Down and OneRepublic.
The 11th edition of the festival runs from 14th until 22nd February 2013 at Festival Park, Dubai Festival City in association with Dubai Calendar. “Our association with Dubai Calendar is in line with its vision to promote Dubai as a unique, global shopping and tourism destination. The Dubai Jazz Festival has grown during the past 10-years to an iconic event, and since its launch in 2003 has done much to the development of the arts and cultural scene in Dubai. It has become a calendar event attended by over 250,000 music fans and collecting 11 awards in 10 years,” said Anthony Younes, CEO at Chillout Productions.
“This year’s Emirates Airline Dubai Jazz Festival® will feature one of the region’s most diverse musical showdowns, while luring music lovers from all across the Middle East. The band has a history of countless hits on the UK, US and Irish charts, as well in the UAE charts. We are pleased to welcome them to one of the finest music festivals in the region which hosted some of the world’s greatest musicians over a period of 10 years,” added Younes.
Her Excellency Laila Mohd Suhail, CEO Dubai Events and Promotions Establishment, said: “Since its inception over a decade ago, Dubai Jazz Festival® has attracted a diverse selection of top international acts which is a tribute to both the local musical scene and to the city’s stature as a global destination for events and festivals. We are excited that the Dubai Calendar is associated with the 2013 festival and are looking forward to sharing some great tunes with the local community and visitors alike.”

The Script are renowned for their self-titled debut album, which went Platinum in Australia, 5x Platinum in Ireland and 2x Platinum in the UK. The band has performed with the likes of U2, Take That and Paul McCartney. The Irish Trio consists of lead singer Danny O’Donoghue, Mark Sheehan on guitar and Glen Joseph on drums. At the festival, the band will be playing many of their hit singles, including ‘The Hall Of Fame’, ‘Man Who Can’t Be Moved’, ‘Breakeven’, ‘For the First Time’ and ‘Nothing’.
Also playing are headlining act 3 Doors Down, who recently confirmed release of a Greatest Hits album, which includes three new tracks along with remix and re-mastered versions of their leading titles, Kryptonite, Here Without You and When I’m Gone. This album celebrates their extraordinary career and list of hits in the past decade.

The festival successfully evolved throughout its ten years of existence expanding its artists’ roster to cover nearly every imaginable music style. The 2011 edition of the festival was extended to 19 days attracting an audience of more than 50,000 fans offering all genres of music including Rock, Pop, fusion with Jazz remaining the essence of its activities.

Other artists on the line-up include:

Published on 06 January 2013 by Wayne Feltham