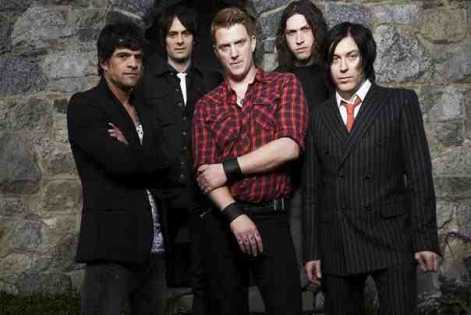 Download Festival is well and truly turning the heat up as a further seven bands are announced for one incredible weekend.

Download Festival is well and truly turning the heat up as a further seven bands are announced for one incredible weekend, joining headliners Iron Maiden, Rammstein and Slipknot in Donington Park on 14-16 June 2013. Tickets on sale now at www.downloadfestival.co.uk.
Organisers are pleased to announce that Queens of the Stone Age are confirmed to make their Download Festival debut, marking the band’s first UK date to be announced for 2013. 30 Seconds to Mars are back for the third time to treat audiences to hits such as ‘Kings and Queens’, ‘This Is War’, ‘Closer To The Edge’ and ‘The Kill (Bury Me)’, and Gaslight Anthem, who played in 2011 and recently sold out Brixton Academy establishing themselves as one of the foremost contemporary rock bands, are also confirmed.
Returning to thrash out for the fourth time at Download Festival are Motorhead. In 2010 Lemmy and the gang were joined on stage by Slash creating a mosh of thousands to punk-fused metal classics ‘Stay Clean’, ‘Killed By Death’, ‘Overkill’ and ‘Ace of Spades’. Finnish rockers HIM are also  confirmed playing hits spanning their 20 year career. The band have just released celebratory compilation Two Decades of Love Metal which includes all of their greatest hits and brand new track ‘Strange World’. Seattle alt-rockers Alice in Chains will be performing for the second time in Donington Park, while US rockers A Day To Remember will make their third appearance.
Tickets for Download Festival Weekend Arena and 5 nightcamping can now be purchased using a new Deposit Ticket Scheme, which allows eligible customers to pay for tickets over three installments. DTS is available to customers who purchase tickets before Monday 31 December 2012. For further information visit www.downloadfestival.co.uk.
Download celebrated its 10th anniversary this year with a sell out event headlined by The Prodigy, Metallica and Black Sabbath.

Published on 05 November 2012 by Wayne Feltham