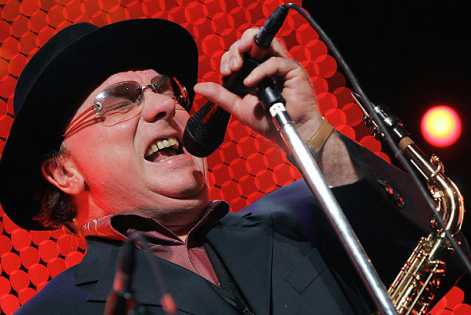 Van Morrison will make a welcome return to the Festival with classics such as Have I Told You Lately That I Love You and Brown Eyed Girl. Squeeze will also perform and delight fans with old favourites including Cool for Cats and Up the Junction.

Historic Royal Palaces and PWR Events are thrilled to announce that they have added more artists to complete the already strong Festival line-up. Van Morrison will make a welcome return to the Festival with classics such as Have I Told You Lately That I Love You and Brown Eyed Girl. Squeeze will also perform and delight fans with old favourites including Cool for Cats and Up the Junction as well as new material. In addition, the incredible Marc Almond will join Jools Holland and his Rhythm and Blues Orchestra as a special guest, alongside Gilson Lavis and guest vocalists Ruby Turner and Louise Marshall.
They join Liza Minnelli, the legendary worldwide universally loved superstar who will provide the opening for the Festival’s 20th Anniversary on Thursday 14th June. The concert will include many of Liza’s showstoppers such as Cabaret, Maybe This Time, New York New York – arguably her very own signature tune – all written especially for her by the legendary song writing partnership of John Kander and Fred Ebb (Chicago, Cabaret) - and a selection of her best loved songs.
The Festival will also host play host to Katie Melua, one of Britain’s most successful artists of the last decade who’s sold more than 11 million albums, who will delight festival-goers with familiar favourites such as Closest Thing To Crazy and Nine Million Bicycles, as well as performing songs from her new album Secret Symphony, out on 5th March. Legendary Frankie Valli and The Four Seasons will perform their first concert in the UK for 18 years at the Festival. This eagerly awaited concert will give fans the chance to hear many of the classic hit songs played live, such as: Big Girls Don’t Cry, Walk Like A Man, Can’t Take My Eyes Off Of You, Bye, Bye, Baby (Baby Goodbye), December 1963 (Oh What A Night) and Grease.
Brit Award Winner James Morrison is also confirmed to perform in the stunning open-air courtyard of King Henry VIII’s Palace and will treat fans to his hit songs You Give Me Something, Wonderful World and I Won’t Let You Go as well as new tracks from his current album The Awakening. Caro Emerald, who recently appeared on Jools Holland’s Annual Hootenanny, will make her Festival debut this year with her eclectic style of ballroom jazz, cinematic tangos, groovin' jazz and infectious mambos with songs from her platinum-selling album Deleted Scenes From The Cutting Room Floor.
To mark the Festival’s milestone, the Royal Philharmonic Orchestra will perform a special 20th Anniversary Gala, which will be followed by spectacular fireworks over the Palace. Conducted by Gavin Sutherland, he will be joined by tenor James Edwards, soprano Laura Wright and violinist Clio Gould. The evening will have a long interval so that Festival-goers can enjoy their picnics and Champagne in the Palace Gardens as the sun sets on the summer’s evening.
In addition to the music, Hampton Court Palace Festival is renowned for creating a truly unforgettable experience. Artists perform in the historic main courtyard of the magnificent Tudor Palace providing an intimate atmosphere for an audience of 3,000. Corporate hospitality is available in the State Apartments and Festival-goers can also arrive early (Palace Gardens open at 1730) and enjoy a delicious picnic courtesy of Jamie Oliver’s Fabulous Feasts, in the stunning Palace gardens.