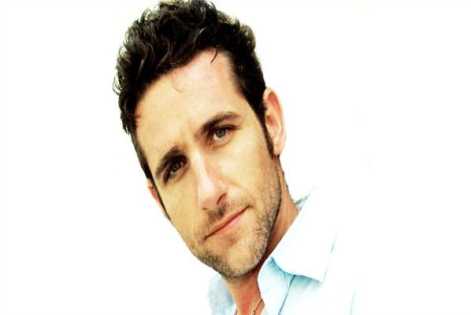 The Stand Comedy Club will wow the crowds at this year’s T in the Park. On Saturday 7th and Sunday 8th July a hand selected group of the best stand-up comics in the UK will take to the stage for an hour of comedy, courtesy of the world famous Stand C

The Stand Comedy Club is part of the all new Cabaret Club at T in the Park, which will host a glitteringly diverse programme of cabaret, burlesque and comedy entertainment to further entertain the 85,000 festival-goers per day that will spend the weekend of a lifetime at T in the Park 2012, over 6-8th July.
Headlining on both Saturday and Sunday is Canadian comedian Tom Stade.  Having previously played BBC One’s Live At The Apollo, Michael McIntyre’s Comedy Roadshow, Dave’s One Night Stand and Channel 4’s Stand-Up For The Week, Tom’s magnetic stage presence, irrepressible charm and first-class story-telling have established him as one of the most sought after performers on the UK and international circuit.
Joining him will be Mark Nelson - winner of the inaugural Scottish Comedian of the Year Award in 2006,  Keir McAllister - finalist in Scottish Comedian of the Year 2008 and 2009 and Damien Crow whose show, The World According to Damien Crow (the story of Glaswegian goth/metal head) went down a storm at last year’s Edinburgh Fringe Fringe festival.  Also on the line-up is acclaimed female comedienne Jay Lafferty and local favourite, The Wee Man, who became a huge internet sensation when his song Here You-That’ll Be Right, received more than 2.5million hits on YouTube. The 2009 Scottish Comedian of the Year, John Gavin, will add his hard hitting and side splitting comedy charm and double BAFTA award winner Billy Kirkwood and Scottish Comedian of the Year finalist Chris Forbes will add to The Stand Comedy Club’s sensational Cabaret Club debut.
The Cabaret Club is all set to give T in the Parkers a unique, unexpected and unrivalled festival experience.  Crammed with the cream of the cabaret, burlesque, circus and comedy crop, and open from the Thursday night for campers, fans can catch sets from internationally renowned cabaret acts as well as the impressive array of hilarious stand-up comedians.  For the high-energy thrills of the late night variety shows, the Cabaret Club will provide escapism into another world of glamour, intrigue and infectious laughter.