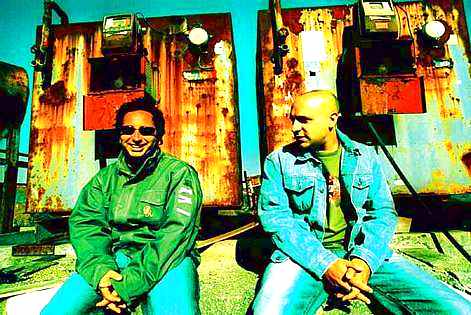 Solfest is fast becoming one of the most exciting dance and rock crossover events in the north of England.

Freestylers and Utah Saints, along with a host of DJ talents from across the globe join icons The Stranglers, The Damned, The Saw Doctors and classic 90’s outfit Cast for the event’s biggest ever music program.
Early breakbeat pioneers Freestylers have now been announced, who bring their massive live experience to the Solway Plains. Their collaborations with Pendulum, MC Navigator and Demon Boyz’ Million Dan have spread their influence far and wide, racking up a global audience to accompany their top 40 hits.
Utah Saints also bring a legacy with them to Solfest, with top ten UK hit tracks ‘Something Good’, ‘What Can You Do To Me’ and ‘Believe In Me’. Their mix of classic samples with massive melodies earned them a cult-like following in the 90’s, bringing their full live show back to Solfest for 2011.
Just added to the line-up is naughties dance pioneers PLUMP DJs. Their sound is still widely thought to maintain a breakbeat aesthetic, but their productions and DJ sets have become stylistically broader. Throughout the 2000s, they released a string of singles and remixes of well-known dance music names such as Fatboy Slim, Orbital, Deadmau5 and the Stanton Warriors.
Folk songstress Kate Rusby, Dr Feelgood guitarist Wilko Johnson, and a host of other folk, pop and rock bands will appear across the weekend, due to take place over August Bank Holiday Weekend in an idyllic setting near the Lake District. Solfest is also very happy to welcome singer, actress, and all-round alternative entertainer Camille O’ Sullivan, who brings an element of burlesque to the festival for the first time.
Previous acts to play the festival include punk, Britpop, dance and indie legends The Charlatans, James, The Wonderstuff, Supergrass, The Proclaimers, The Orb, Sham 69, The Bees, Buzzcocks, The Levellers and The Magic Numbers. With more acts still to announce, 2011 already looks to have the most diverse and exciting bill yet for Solfest.
Solfest has unveiled a brand new area for 2011… HOUSE OF JOY… its new home of ska, roots, reggae, rocksteady and dub! The place to have a feelgood skank to a rich mix of live bands and DJ's including DJ Jah-vis, Cojo, Mr Scratch, and not forgetting high energy bass from Matty B.
This year’s chill-out zone, DOGS IN SPACE, will be ran by former Megadogs main man Michael Dog, completing a full circle of dance activities at Solfest, from the mega beats to the super chilled.