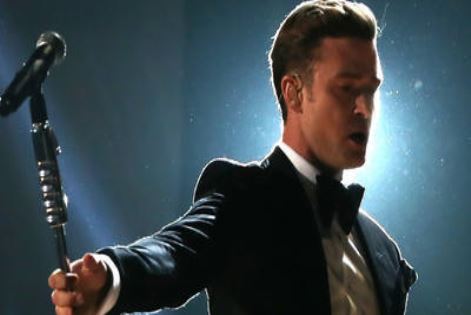 V Festival 2014, sponsored by Virgin Media, will once again deliver an epic weekend of unbeatable live music with the news that Justin Timberlake and The Killers will be headlining the Virgin Media Stage at this year’s event.

V Festival will be THE place to be this summer to catch a huge array of first-class musical acts such as Ed Sheeran, Paolo Nutini, Example, Lily Allen, Elbow, Axwell Ingrosso, 2014 BRIT Award winners Bastille and Rudimental, Chase & Status, Alesso, Kaiser Chiefs, Manic Street Preachers, Above & Beyond, Tom Odell, Sub Focus, Train, Blondie, Jason Derulo, Rizzle Kicks, John Newman, Sam Smith, Katy B, Embrace, Janelle Monae, Kodaline, Miles Kane, The Human League, Newton Faulkner, Starsailor, Aloe Blacc, Alex Clare, Nina Nesbitt, The Strypes, Birdy, Foxes, Ella Eyre, The Stranglers, The Magic Numbers, Paul Heaton & Jacqui Abbot, George Ezra, The Wailers, M People, All Saints, The Wonder Stuff, The Rifles and very special guests Chic featuring Nile Rodgers.
Many more acts will be announced in the coming weeks across 4 stages.
V Festival is now in its 19th year and is renowned for bringing the very best eclectic music together for one mind-blowing weekend.  Last year saw incredible sets from headliners Beyonce and Kings of Leon, with other show stopping performances from the likes of Jessie J, The Script and Ellie Goulding. V Festival has an unrivalled music pedigree, previous headliners have included Coldplay, Radiohead, Oasis, Eminem, Foo Fighters, The Stone Roses and The Arctic Monkeys.  V Festival is now established as the biggest festival in the UK with over 170,000 fans attending, and was the first festival to establish rotating acts across two sites.
From big riffs to throwing shapes, V Festival will guarantee to meet demand with a wide spectrum of pop, indie, rock, dance, electronic, and acoustic acts playing across its four music stages. The ever-popular Glee Club Comedy Tent will return for 2014 with a fantastic line up of top quality comic talent.  With many more great artists to be announced, there is truly something for everyone at V Festival.
V Festival is the hottest date on the UK music calendar.  From the moment the gates open, the festival vibe comes alive and a truly remarkable weekend of music and enjoyment ensues.  The hugely successful V Style camping is set to return this year giving festival fans the chance to get the best of both worlds.  They can dance the days away with their favourite artists and then chill out in luxury in ready built accommodation in beautiful surroundings.
V Festival Directors Bob Angus, Simon Moran and Dennis Desmond commented:
“We’re very excited to announce the V Festival line-up, and proud to bring headliners Justin Timberlake and The Killers, following on from their sold out Wembley Stadium show in 2013, with both headliners summer festival exclusives. We have pulled together a line-up of huge depth with a variety of  artists across many musical genres and 2014 is set to be another fantastic year in V Festival’s 19 year history.”
Simon Moran added: “, I am looking forward to seeing so many artists this year but I am personally very much looking forward to seeing a great performance from Chic with Nile Rodgers!”
With many more exciting V Festival announcements to come be sure to keep up to date with all the latest news at www.vfestival.com.
Tickets go on sale on Friday 7 March at 9.00am. Fans should visit www.vfestival.com, for official outlets details.  V Festival organisers stress to fans that purchasing tickets from unofficial outlets could lead to disappointment.