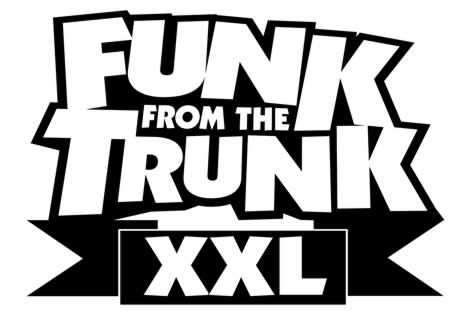 In:Motion, Bristol’s biggest underground music season finally drew to a close after having had fifteen mammoth events and an explosive start to 2012.

However, 2012 for Motion is set to look even bigger and better - Motion will not only continue to host some of the biggest nights in the UK but will be introducing innovative and forward thinking events that will put Motion in a different light in the South West.

Coming up, we have the colossal Jah Shaka Sound System taking over our two warehouses as the legendary Tokyo Dub returns for a massive night on February 10th. Soom T headlines with a live show closely followed by DJ sets from Dub Pistols and Mungo’s Hifi plus many more..

Funk From The Trunk are back with their biggest show ever, this time cramming their 'XXL' show into Bristol's biggest venue.

The line-up is huge, featuring both The Correspondents and The Nextmen who have graced FFTT shows before, alongside Ghetto Funk heavyweights Krafty Kuts and Featurecast. FFTT has also joined forces with the Weapon Of Choice crew to host Room 2 and lay on a feast of live painting and UK Hip-Hop in the form of Mystro and Bristols no.1 Buggsy.As if this wasn't enough, throw in local legends DJ Derek, Mr Benn, Arsequake and the full Funk From The Trunk crew and you have a show that is truly one not to be missed.

Mad Luv returns to the tunnels for a sizzling warm up to Valentine Day. Sticky, Kele Le Roc, Runnie Herel and Sunship take over room one whilst sultry slow jams, RnB and reggae sounds fill the cave.

For more info on these events please see Motion

Krafty Kuts The Nextmen The Correspondents