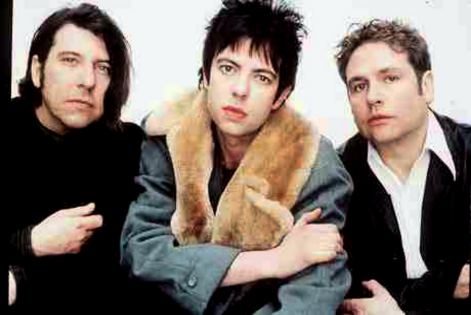 Latitude Festival have announced yet more additions to their line up. Added to the Bill are Echo & The Bunnymen, The Cribs and more to this years event.

On 14th – 17th July in the sumptuous surrounds of the Suffolk countryside, the welcoming daisy-adorned gates will open for the 6th edition of the magical and fantastical Latitude Festival.

The core pairing of Ian McCulloch and Will Sergeant have been Echo & the Bunnymen – through split ups and other members disappearing – since 1978. The Liverpudlians produced consecutive classics of flowing, highly melodic searing post-punk from debut ‘Crocodiles’ to their self titled fifth album. ‘The Cutter’ was a top 10 single and has become a confirmed classic of the era, along with their 1987 hit ‘The Killing Moon’. After a split in 1993, they returned with ‘Evergreen’, and proved they’d lost none of their sublime qualities. 2009’s ‘The Fountain’ marked their eleventh studio release, and this staying power has ensured a huge and unwavering fan base. With a wealth of excellent songs to dip into, watching the Echo & the Bunnymen festival performance will be an essential moment of the weekend.

From the early beginnings for the Jarman brothers working in a factory in Wakefield, to touring the world and a Top 10 album, 2009’s ‘Ignore The Ignorant’, The Cribs are masters of addictive, wiry indie pop suss. In a career spanning almost 10 years the Yorkshire men – together with now full time member Johnny Marr - have produced passionate anti-hipster anthems including ‘Our Bovine Public’, ‘Mirror Kissers’ and ‘Hey Scenesters!’. Last year they released the single, ‘Housewife’ which was a great taster of the new material that’s due out later this year. You can hear these new tracks when they play Latitude in what will be a raucous, jump-out fun-filled festival set to remember!

American singer-songwriter Lyle Lovett began his career writing songs for others but by 1986 he had released his self-titled debut album, which contained three Billboard Top 20 singles. His country style has ensnared four Grammy Awards from Best Country Male Vocal in 1989 for ‘Lyle Lovett and His Large Band’ and Best Country Album for 1996’s ‘The Road To Ensenada’. His songs have appeared, sometimes with different vocalists, in films as varied as ‘The Crying Game’ and ‘Toy Story’ and even in recent US vampire drama ‘True Blood’. These tunes have been woven into the fabric of US culture to the point where you’ve probably heard more Lyle Lovett songs than you realise. Check out his distinctive Americana at Latitude this year.

The Raghu Dixit Project is one of India's foremost bands in its genre. Ethnic and rooted at the core, but at the same time, global in its outlook. It’s not a surprise that Raghu has been referred to as India’s biggest cultural export of recent times. Recently nominated for Songlines’ Best Newcomer of the Year, Raghu Dixit has had an unexpectedly rich musical career. From initial fumbling with the guitar to impress girls, he ended up playing in indie and rock bands – notably Antaragni - in Bangalore before writing radio jingles for money. He was initially rejected by the Bollywood-dominated music industry in his home country before being recognised by composers Vishal and Shekhar as having a unique talent. His debut album quickly became the best selling non-Bollywood record in India two years ago. Raghu has played several festivals in the UK and has toured several continents.

Also playing in the Music Arenas over the weekend is a fantastic mix of burgeoning acts and household names including: Queen of Rockabilly Wanda Jackson, Isobel Campbell & Mark Lanegan, Edwyn Collins, Bright Eyes, Anna Calvi, Hurts, Deerhunter, Bellowhead, The Vaccines and Everything Everything to name just a few.

With DJ’s, The Winter’s Ball and late night parties found throughout the site, it is a unique and special weekend of fun, culture and entertainment. An intimate world away from reality waiting to be explored and enjoyed.