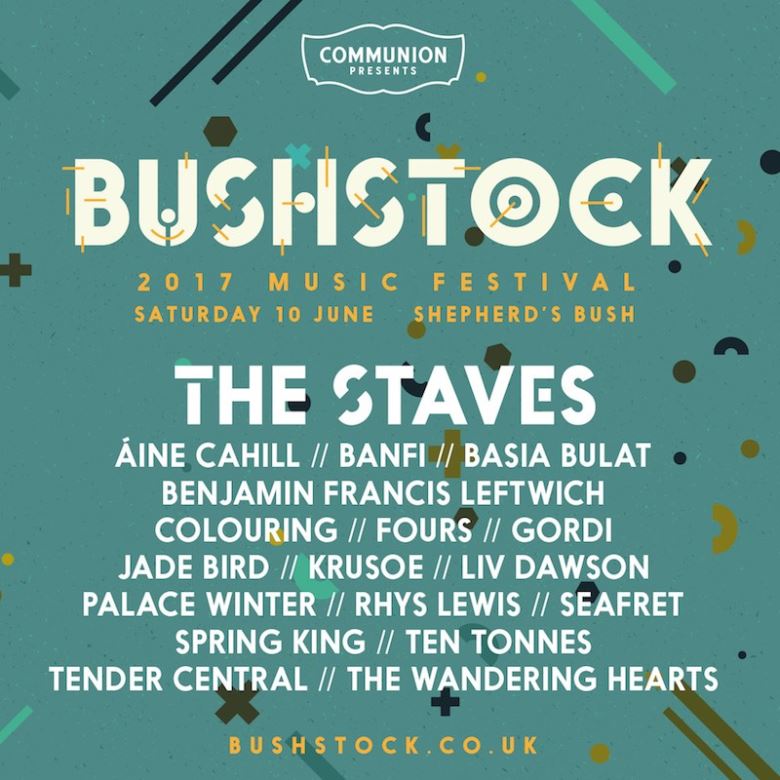 More names have today been added to the line up for Bushstock 2017, taking place at various venues around Shepherd’s Bush, London, on Saturday 10th June.

Established in 2010, Bushstock is now in its 7th year and has gained a reputation for being “a Shangri-La of new music” (The Line of Best Fit), as well as a nomination for Best Independent Festival at the 2016 Aim Awards.

Curated by Communion Presents, the festival offers an opportunity to see established names alongside some of the most exciting up-and-coming talent, at a variety of unique West London venues. The lineup for 2017 is already shaping up to top last year’s sold out event which saw memorable performances from the likes of Shura, The Big Moon, Bear’s Den, Shells, Seramic, Rationale, Dan Croll, and Charlie Cunningham to na me just a few.

Additional acts will continue to be announced in the coming weeks, as will full details of all the venues involved with the festival this year.