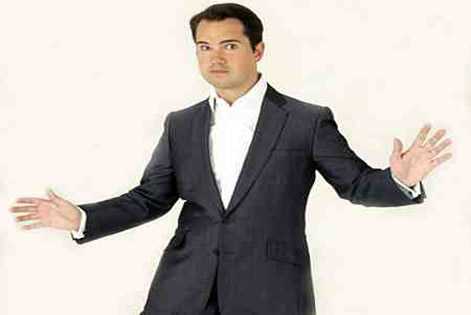 Following last week’s mega Camp Bestival announcement we are very pleased to be able to announce the comedy headliner for 2012 and even more ace live acts and DJs.

oThat’s right, strap up your sides because one of the best comedians currently on the stand up circuit, Perrier Award Winner Jimmy Carr, will be headlining our comedy line-up with a crowning appearance on Sunday evening at Camp Bestival. A deadpan quip machine the likes of which has rarely been seen, Jimmy cemented his fame as the presenter of 8 Out of 10 Cats and the 10 O’Clock Show but his live set is renowned for his quick fire style and ever so risqué gags making him a definite must-see at this year’s Camp Bestival.

The legendary Rolf Harris, will be performing at Lulworth Castle this July also! The term legend gets bandied about by all and sundry but when it comes to Rolf it's completely on the money, he really is a living legend. A complete smash hit when he played Bestival, we can't wait for him to wow Camp Bestival with his amazing didgeridoo and wobble board-powered sing-alongs that are sure to get the Castle stage crowd jumping for joy!

Other new acts joining the bill include from King Creosote and Jon Hopkins who were nominated for the Mercury Prize for their sublime Diamond Mine long player and if their Bestival set is anything to go by Fence Collective founder King Creosote and sometime Brian Eno collaborator Jon Hopkins will captivate the crowd with ease. There will also be live appearances from BBC Sound of 2012 shortlist tip Lianne La Havas whose soul vibrations have won her an army of influential admirers, Belgian drum n basser Netsky who will be imparting his love of liquid funk, another BBC Sound of 2012 candidate Ren Harvieu whose voice needs to be heard to be believed and a very welcome return visit from another Fence Collective stalwart James Yorkston.

DJs on board to ensure the Jurassic coastline is jumping during Camp Bestival weekend include one of the dons of drum n bass LTJ Bukem and erstwhile Lionrock and Revtone kingpin Justin Robertson. Plus there will be leftfield disco love from Soft Rocks and reggae mash-up madness from Nice Up’s own DJ Shepdog.

Rob da Bank says: 'Comedy and comedians are a huge draw at Camp Bestival and we've had most of the bigguns down there but none so mammoth as our very special guest for this year… Mr Jimmy Carr! Well pleased that Jimmy’s going to be making us wet our pants (and nappies) with laughter on the Sunday of Camp B. Music-wise we're delighted Rolf Harris will join the fun with his wobble board and didgeridoo as well as King Creosote and Jon Hopkins and legendary drum and bass DJ LTJ Bukem alongside new talent Lianne La Havas, Ren Harvieu and Netsky'.

And don’t forget everyone who gets their tickets before February 8th will be entered into our spectacular Camp Bestival Tombola with 100 festi-tastic prizes to be won from a Luxury Furnished Tipi in the Boutique Campsite to lots of Sunday Best goodie bags – click here for more information.