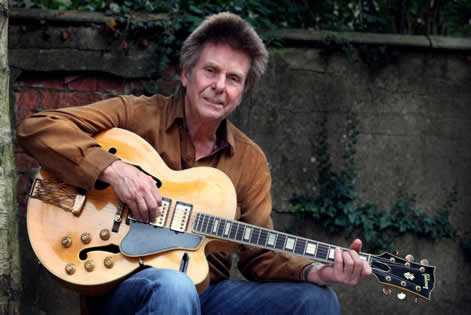 The headline acts for the prestigious Beverley Folk Festival (Folk, Acoustic, Roots) have now been announced, revealing some of the top names from the British folk, and mainstream music scene.

Beverley Folk Festival kicks off on Friday (15th June) with folk-rock legends Steeleye Span with a career that has taken in an astounding six decades, with hit records “All Round My Hat” and “Gaudete”. The band are not just a legendary name in British music but also a link to the classic days of rock and folk music. Contemporaries of the likes of Led Zeppelin and Fairport Convention, they have gone on to change the face of folk music forever, taking it from small clubs and festivals into the world of chart topping albums and international tours

Saturday sees a night of dance with Scottish band quoted as being the “Future of Celtic Dance music” The Peatbog Faeries.  Nominated in the BBC Radio 2 Folk Awards for Best Live Act, the band have performed at leading festivals all around the world, and will be returning to Beverley on the Saturday to headline a mid-summer dance night, with support from Denmark’s award winning young band Habadekuk.

The finale night at the festival will see two great bands from two different generations:-

Premier rock ‘n’ roll legend Joe Brown will be headlining the main concert.   His ‘Very Best Of’ album achieved a Gold Record for a massive 120,000 sales and was on the UK charts for eight weeks staying four weeks in the Top 20. Recently he received MOJO magazine’s coveted Outstanding Contribution To Music Award as well as a much deserved MBE.

He performed on Later With Jools Holland and played his part closing the show at the Concert for George Harrison.  At the festival Joe will be bringing his five piece band including his son and record producer Pete Brown, and the musical styles incorporated into his new show break more boundaries and are as unique as the man himself. Packed with timeless classics, rockabilly, gospel, country, folk, and rock ‘n’ roll, all interwoven with Joe’s effervescent delivery and humorous reminiscences this sensational show is a musical journey not to be missed.

For the younger generation, and those young at heart, the Sunday night will finish in style with the young band tipped to be the Mumford and Sons, ahab.  Returning to the festival after their huge success at it last year, the band play alternative country music and have received rave reviews across the board.  Simon Mayo, of BBC Radio said “ahab is the real deal – top-notch UK Americana featuring tight four-piece harmonies.”

In addition the festival has some of the best American acts around from the UK and overseas with the dynamic Abigail Washburn with Kai Welch and Furnace Mountain visiting from the USA, and UK based The Carrivick Sisters and The Toy Hearts, along with Yorkshire’s very own Tom Townsend Band. Some great blues, bluegrass and country music will be heard over the weekend, with some excellent sessions to join in with.

The growing and increasingly popular Area2 Youth programme is also hosting some of this countries top young artists. Run by young people it offers the chance for the rising stars of the future to shine in a festival atmosphere, and encourages young people to get involved  and participate in the event.

A wide range of concerts and activities for those attending the event, with a special emphasis on families and children, makes the event a perfect weekend for all.  With tickets selling fast and special rates available until the 31st March.