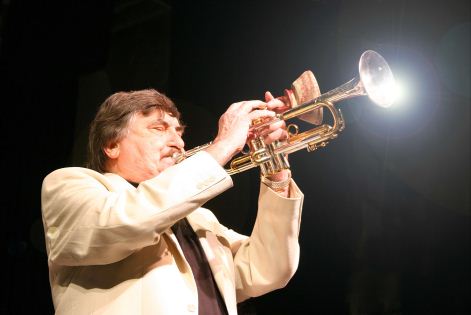 Burton Agnes Festival is held over three days, and showcasing some of the UK’s hottest jazz and blues acts in the most stunning, magnificent and serene of surroundings, the festival returns for a 7th consecutive year.
With performances both inside the stately Elizabethan Hall and outside in the Halls beautiful grounds, the Burton Agnes Jazz & Blues festival presents a varied line up of funk, traditional jazz, hard blues, dreamy vocals and everything in between.
The main stage on the lawn hosts the festival’s main stage. With rolling fields behind and pristine woodland to the side, you couldn't ask for a more stunning and relaxing setting for some of the UK’s top Jazz and Blues artists to perform. Inside the Hall, intimate acoustic performances mix with original Elizabethan carvings and French Impressionist art to create an inimitable festival experience.
Local food and drink feature heavily at the festival. At the tea tent and food lawn, festival goers can indulge in home-baked treats, barbecued local meats, freshly prepared curries, and salads grown in the neighbouring walled garden. In the beer tent award winning Wold Top beer is on tap, brewed just five miles away from the festival site.
A campsite in the field adjacent to the Hall offers welcome hot showers and panoramic views of the Yorkshire Wolds for those wishing to pitch a tent for a night or the whole weekend.
Among the leading traditional jazz trumpet players on the eastern side of the Atlantic arguably the most successful is Kenny Ball. Kenny achieved worldwide fame for his recordings in the 1960’s. Including “Midnight in Moscow” which reached No. 2 in the UK and the US charts and hit worldwide sales of more than one million copies, the debut hit “Samantha” and the smash “When I'm 64”, made Kenny a household name. With no fewer than 20 albums on sale, a Billboard Gold Microphone Award, more top 30’s in the US than Louis Armstrong, and honorary citizenship to the city of New Orleans, Kenny Ball is no less than a - true legend.
Predicted to be the next Irish blues guitar hero in the footsteps of Rory Gallagher and Gary Moore, former Young Guitarist of the Year Simon McBride has undeniable guitar artistry combined with a fine voice and a real knack for creating memorable hooks and great melodies.
Tickets for the 2013 Burton Agnes Jazz & Blues Festival are on sale now and the prices are discounted until May 31st.

Published on 03 January 2013 by Wayne Feltham

...And You Will Know Us By The Trail Of Dead