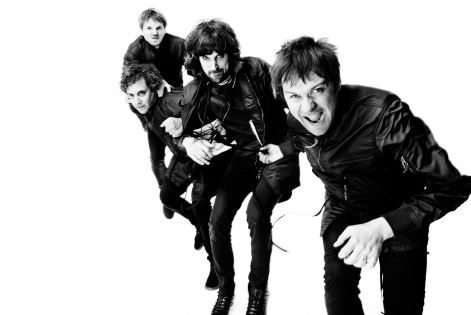 V Festival 2015, sponsored by Virgin Media, is pulling out all of the stops to celebrate 20 years since it opened its gates ‘96, unveiling an incredible home-grown line up.

Taking place across the weekend of the 22nd and 23rd August 2015, the local lads from Leicester and the DJ from north of the border will be joined by a host of music heavyweights to ensure V Festival sees out its second decade in style.

Making his debut on top of the bill, Calvin Harris said: “V Festival is always an incredible time and I can't wait to headline it this year. See you there!”

The hugely popular Glee Club Comedy Tent also returns as the festival’s fifth stage this year, with a hilarious line-up that will be announced in the coming months.

Festival Director, Simon Moran comments: “We wanted to champion British talent at this year’s festival and with the likes of Calvin and Kasabian leading the way we don’t think it’ll disappoint. The eclectic mix of established artists and rising stars, with a few more in the pipeline, means that once again there is something for everyone at V Festival.

“It’s incredible to think what V has achieved in two decades. When we started out in ‘96, we were two stages and one tent, with the northern site only hosting one day of acts. Since then we’ve hosted some of the most iconic acts from around the world. Here’s to another decade!”

The glamorous V Style camping will also return for its fifth year. V Style is now an established part of the V Festival family, giving music fans the chance to experience the best of both worlds – enjoying a mix of music and comedy and relaxing at pampering stations and in ready built bell tents, huts, and luxury yurts.

Festival Director, Bob Angus comments: “As in previous years, we want to again emphasise how important it is for fans to buy their tickets from official outlets listed on VFestival.com. This will ensure they don’t miss out on what promises to be an non-stop fun-packed weekend.”

Tickets go on sale from March 6th at 9am with fans advised to visit www.vfestival.com, where all official outlets are detailed. V organisers again stress to fans that purchasing tickets from unofficial outlets could lead to disappointment.