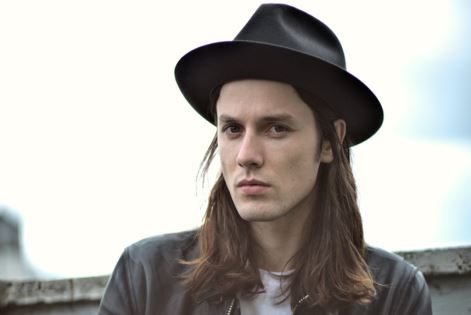 The Isle of Wight Festival announces that BRITs Critics’ Choice winner James Bay will be playing this year’s festival, which takes place 11-14 June.

The hotly tipped songwriter, whose debut album Chaos and the Calm is released in March, has been selling out shows up and down the UK and this special festival appearance will undoubtedly be a highlight for fans who have been watching his ascent to be one of the most talked about acts of 2015.

Isle of Wight Festival promoter John Giddings said: “We always strive to put on acts at all levels – from breaking acts to the headliners and we’re very excited to have James Bay part of the festival this year. He’s been topping so many ‘ones to watch lists’ for 2015 - and he’ll certainly be one to watch at The Isle of Wight Festival!”

Also confirmed to play this year’s Isle of Wight Festival are Fleetwood Mac, The Black Keys, The Prodigy, Pharrell Williams, Paolo Nutini, Billy Idol, You Me At Six, Jessie Ware, First Aid Kit, James and many more – for full line up details go to www.isleofwightfestival.com.

The Isle Of Wight Festival 2015 will take place on 11-14 June at Seaclose Park, Newport, Isle of Wight.