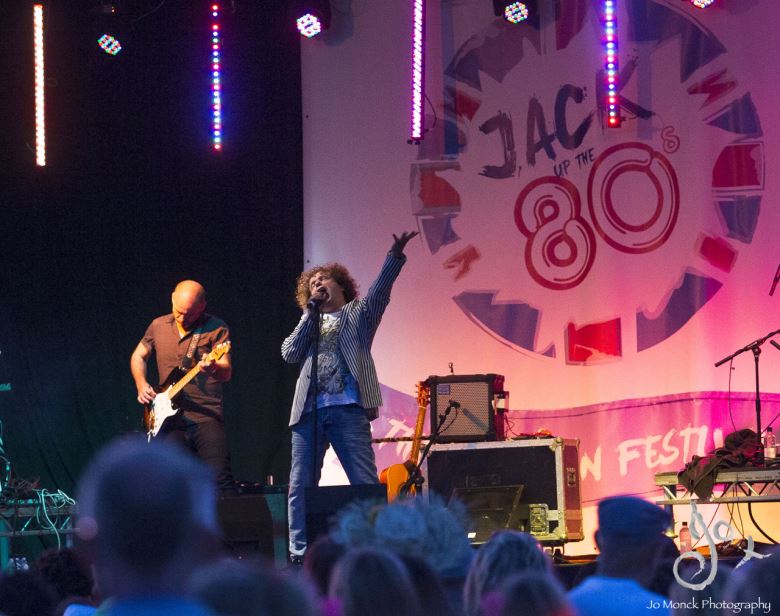 Grammy Award-winning and international chart-topping British music legend Leo Sayer has been announced as the second artist to perform at next year’s Jack Up The 80s festival which takes place over the weekend of 11th and 12th August.

Organisers said “Leo is one of the most requested artists we’ve ever had. A superb entertainer with a timeless voice, he played a blistering set for us back in 2015 and left the crowd wanting more. Leo is returning to the UK next Summer to play a select number of dates. We’re delighted to have secured his return to Jack Up The 80s at our new home Smallbrook Stadium in Ryde, in response to public demand.” Leo and his band will be playing a set crammed full of his numerous Top 10 hits including Thunder In My Heart, You Make Me Feel Like Dancing, The Show Must Go On, More Than I Can Say, How Much Love, One Man Band, I Can't Stop Loving You, Moonlighting and many, many more.

A larger than life personality, Leo says he's thrilled to be performing at Jack Up The 80s; "Being a South coast boy I've always loved the Isle of Wight and recall fondly my first trip there for the 1970 pop festival. The buzz I got from the crowd last time at Jack Up The 80s was absolutely fantastic, I can’t wait to do it again.”

Leo Sayer is held in great esteem as a live performer and recording artist by all age groups - from 6 to 60. This is as much due to his appearing famously with the Muppets, the Wiggles and on the Charlie's Angels Soundtrack, as the countless hit songs he has written and recorded throughout his 40 plus years’ career. In the international music charts, there have been more than twenty top ten singles and five top ten albums in his illustrious recording career. Add to this the hits written for Roger Daltrey, Cliff, Three Dog Night, Tina Turner, Gene Pitney, Jennifer Warnes and Dolly Parton. It proves his prowess as an internationally acclaimed and talented songwriter. Now Leo is based in Australia, where he is busier and in more demand than ever.

Organisers warn that 2018 tickets for the ever-popular event will be strictly limited owing to the success of Jack Up The 80s vol5 earlier this year which saw sell-out crowds.