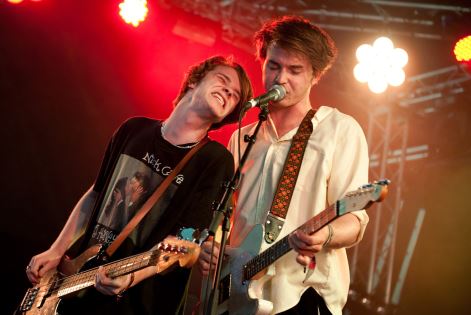 Live At Leeds are proud to announce the addition of very special guests Palma Violets to the lineup for this weekend.

London four piece Palma Violets’ fusion of indie, garage rock and psychedelia has gained them a legion of fans and that’s hardly surprising given the quality of their material. Debut album ‘108’ contained such anthems in the making as ‘Step Up For The Cool Cats’ which earned them the prestigious ‘Hottest Record In The World’ on Zane Lowe’s BBC Radio 1 show as well as NME’s ‘Track Of The Year’, the incredible ‘Best Of Friends’. The band plays on Saturday in the intimate confines of The Faversham at 21:45.

In addition, pop starlet and singer-songwriter Nina Nesbitt will be performing an extra special Live At Leeds Takeover Dr Martens instore at 6:30PM. With debut album ‘Peroxide’ proving a roaring success this is a chance to catch an up close glimpse of one of the UK’s hottest stars.