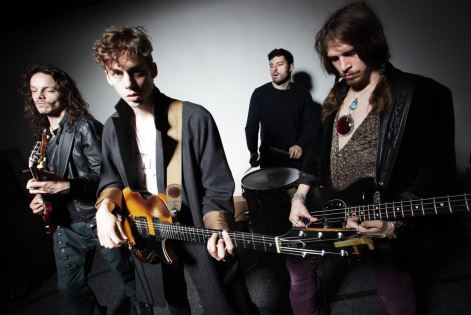 With an emphasis on great atmosphere, incredible music, good food and drink and arts Forgotten Fields will see performances from Super Furry Animals, Basement Jaxx, Levellers, De La Soul and more and now even more names have been announced.

Indie legends Razorlight will be joining the bill for a set sure to be full of smash hits and signature tunes the likes of ‘America’ and ‘Golden Touch’ as well as a solo outing for their frontman in the form of Johnny Borrell & Zazou.

Much like Kendal Calling, Forgotten Fields will be a champion of new and upcoming talent and as such future stars Fickle Friends join the lineup as well as Common Tongues, Eden Circle, Joey Fat and Raygun.

Renowned for damn fine coffee and the best cherry pie in town Tim Peaks will be on site at Forgotten Fields for a selection of special, intimate sets alongside DJ sets, Q&As and all round great vibes. The lineup includes Riding The Low, Howling Rhythm, DJ Megatune, Hathcam Social, Dhrone, Hot Vestry, Gallery Circus, Lisbon and Grasshopper as well as Northern Soul Dance Classes!

Needless to say, Forgotten Fields looks set to further cement Kendal Calling's outstanding cultural legacy and bring one of the best festival atmospheres in the UK to the South of England.