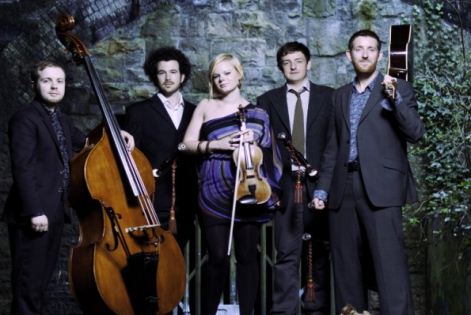 They will be performing a unique Celtic Soundclash session with legendary progressive Celtic band Shooglenifty, in what should be an unforgettable climax to an incredible weekend of musical performances.
Other acts performing on the Magical Sounds stage over the weekend include live performances from Subgiant, A Guy Called Gerald (feat Special Guests) and Sicknote. Ed Tangent, Kickflip, Clumsy and more than 25 other live acts and DJs will also perform.
Bearded Theory's Main stage hosts an extensive number of major artists from the UK and around the world. Friday boasts a double headliner line-up, featuring headline performances from both New Model Army and Reverend and the Makers. Also on the bill are Midlands heroes Ned's Atomic Dustbin, The Hummingbirds and Karine Polwart. Derby's very own indie chart toppers The Beekeepers will also play a rare live set.
Saturday's billing is topped by the legendary Asian Dub Foundation. Joining them are Seth Lakeman, Macka B, The Quireboys, Ruts DC, Citizen Fish, AHAB and Zombie Met Girl.
Levellers will close the festival in style on the Sunday night. They are joined on the bill by Stiff Little Fingers, The Farm, Goldblade, Ezio, New Groove Formation, and The Lancashire Hotpots. Local success story, The Life & Times Of Brothers Hogg complete the bill.
Michael Eccleshall, spokesperson for Bearded Theory Festival says, "We are delighted to announce that Peatbog Faeries have been added to the bill for Bearded Theory 2013. We believe they are the final piece in the jigsaw, completing our best ever line up ever! Everyone at Bearded Theory HQ is looking forward to welcoming you all to Bearded Theory 6 in May"