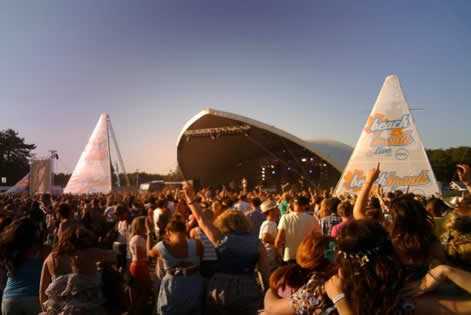 The first 500 tickets for Beach Break Live will be on sale at a discounted rate from 12pm today, also up for grabs will be the chance for a UK university city to host the line-up launch party

Beach Break Live release tickets at 12:00pm today for the highly anticipated 2012 festival taking place between 14th - 18th June. The limited 500 discounted tickets are expected to sell out in record time.
Any university city in the UK has the chance to win the explosive Beach Break Live Line-up Launch Party, this year headlined by the one and only BBC Radio 1 Mistajam. Festival goers around the country can vote for their university city on the Beach Break Live Facebook page here between 1st - 10th February. The winning university city will be announced on 11th February, they will be playing host to a huge party for their students on 22nd Febuary, setting the tone for what is set to be the best Beach Break Live yet. The party will be hosted by maestros of mischief and BBL friends Bearded Kitten who have brought their fun filled antics to every festival from Glastonbury to Secret Garden Party. The widely known promoters will be whipping the crowd into a frenzy with crowd participation antics and the biggest floor fillers around.
Beach Break Live is the UKs largest student festival attracting 20,000 festival goers to the stunning Pembrey Country Park, South Wales. Offering some of the globes best music stars, extreme sports and the ultimate end of exams party Beach Break Live is a highlight for thousands of people summer months. Showcasing both up-and-coming artists including the likes of Ben Howard and Ed Sheeran to globally renowned Tinie Tempah and Chase and Status.

Find out how to book at Beach Break Live

Published on 01 February 2012 by Wayne Feltham