Pop Bit Of Everything
comments

The legendary Sir Tom Jones, Operatic Superstar Alfie Boe and pop-sensation Jessie J all performed live at The Queen's Diamond Jubilee Concert this month bringing an eclectic mix of genres together. Watch them perform live after racing this summer for our exclusive Music Night series spanning across 3 seperate evenings.

Tom Jones:
The legendary Sir Tom Jones is one of Britain's greatest singers and has enjoyed an extraordinary career spanning four decades. This summer he is returning to Sandown Park to perform live on Wednesday 18 July where he will entertain the lucky crowd with some of his classic hits, recent repertoire and new favourites.

Alfie Boe:
Opera, musical and recording superstar Alfie Boe has performed at some of the most famous venues around the world including Broadway and The Royal Opera House. Notably, he has also starred in the hit stage show Les Miserables. This summer he will be performing live with his orchestra at Sandown Park on Wednesday 25 July. Laura Wright, Britain's most exciting new soprano will be a special guest of Alfie's on the night.

SPECIAL OFFER: Premier Entrance Badge plus a complimentary glass of champagne for £35**. Make a saving of £9! Quote discount code “SPABLP12”.

Jessie J:
Brit Award winner and superstar Jessie J is set to rock Sandown Park on Thursday 9 August after racing.  Hailed as one of the British Music industry's rising stars and BBC The Voice mentor Jessie J will perform her chart-topping hits including Price Tag, Do it Like a Dude, Who You Are and Domino. An absolute must-see event! 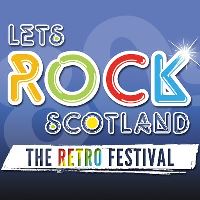