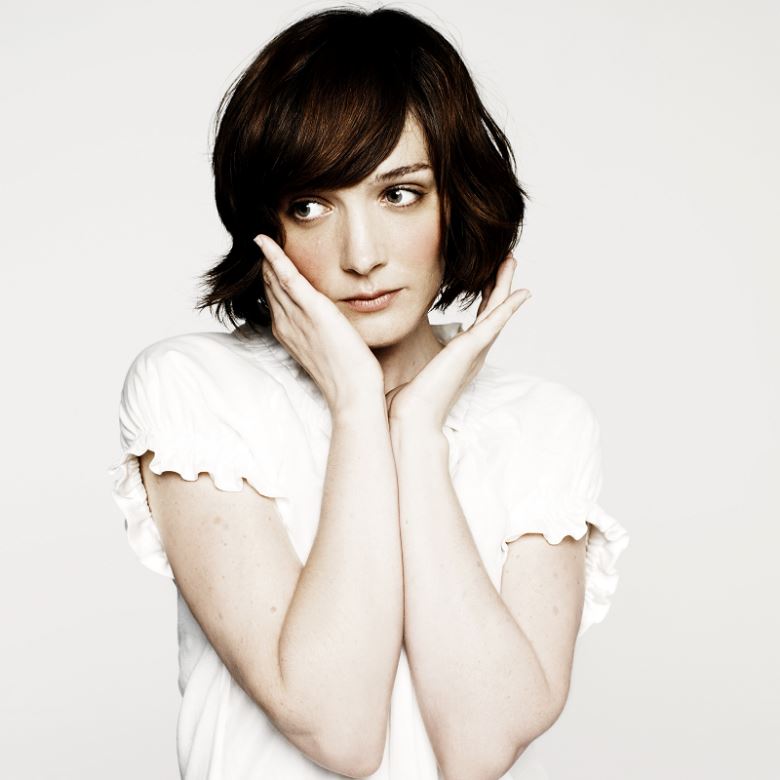 Sarah Blasko (born September 23, 1976) is an ARIA Award winning Australian musician. She was born in Sydney soon after her family returned from French-speaking Réunion where her parents had been missionaries. An original and largely self-reliant musical artist, Blasko is known for her writing and production skills, as well as her unique voice and stage presence.
Blasko was first heard in the mid-1990s fronting Sydney band, Acquiesce, after an initial tour of France with founding members Dave Hemmings, Paul Camilleri, and her sister Kate Halcrow. With material written by Blasko and Camilleri, they recorded a single and an EP with producer Hugh Wilson, receiving some local attention.
In 2002, Sarah decided to go solo. Material for the Prelusive EP - a result of initial explorative collaborations with Wilson but fully realised with Nick Schneider and Steve Francis - was originally recorded as demos. However, after becoming disillusioned with the indecisiveness and lack of solid commitment from the labels she met with, Blasko decided to release and promote the material independently. With the financial assistance of then-manager Craig New, she also produced a music video for the leading track, "Your Way".
The track was picked up by local community stations such as 2SER, as well as the national youth broadcaster, Triple J – who also gave light rotation to two other EP tracks, "Will You Ever Know" & "Be Tonight". "Your Way" was also featured on the test loop of fledgling Sydney community radio station 2FBi, when the station began to broadcast full-time.
After this initial success, Sarah was approached by and eventually signed to Brisbane-based label, Dew Process, who repackaged and re-released the EP. There are minor variations to the packaging of the major label release, which make the independent release slightly more valuable to collectors.
In late 2004, Blasko released her debut album, The Overture & the Underscore, recorded in Hollywood at the studio of engineer Wally Gagel. She co-produced the album with Gagel and fellow songwriter, Robert F Cranny.
The album was met with critical acclaim and received gold accreditation in Australia, despite limited commercial radio play. In 2005 Blasko was rewarded for her work with four ARIA nominations. Of particular note was her nomination for Album of the Year.
Sarah spent most of April 2006 recording her second album in Auckland, New Zealand at Roundhead Studio, the studio of Crowded House frontman Neil Finn.
Sarah produced the album with Robert F Cranny , and "Flame Trees" collaborator and Midnight Oil guitarist and keyboard player, Jim Moginie . The recording session was engineered by Paul McKercher, who has worked with numerous Australian bands including Glide, The Cruel Sea , You Am I and more recently Augie March.
The final addition to this all-Australian team was New York-based producer/engineer, Victor Van Vugt, who mixed the record. Van Vugt has worked on a number of Beth Orton records and has a long association with Nick Cave and the Bad Seeds , mixing a number of their albums as well as some Mick Harvey solo work and production efforts such as PJ Harvey’s Stories From the City, Stories From the Sea.
The album was nominated for the 2006 J Award, and debuted at number 7 on the ARIA Albums Chart. It led to her first ARIA win for Best Pop Release at the 2007 ARIA awards and a nomination for Sarah for Best Female Artist.
After some posts detailing on her blog that Sarah would be soon releasing new material on a third album, on July 10, 2009 she released 'As Day Follows Night'. Produced by Bjorn Yttling of Peter, Bjorn & John and recorded in Stockholm, Sweden, the album was performed with a band of local Swedish musicians with comparatively little electronic production in contrast to her previous works. The end result was an album retaining Sarah's signature style of pop and trip hop, while adding some jazz influences to the mix. This release, along with her extensive touring across Australia resulted in her receiving the ARIA award for Best Female Artist and being nominated in two other categories.
Diverging from previous efforts, Sarah made a conscious effort on her third album to make her songs more intimate, closing the distance between herself and the listener. In an interview to The Brag magazine by Mike Gee, she states 'Generally the songs are more open and I didn't want to obscure them too much... I wanted the songs to be straight to the point. I wanted them to be like classic old pop songs in that they had that structure.'
In 2011, Sarah collaborated with two other artists, Sally Seltmann and Holly Throsby, to form a group named Seeker Lover Keeper. They released a namesake album in June of that year and promoted the record by touring churches around Australia.
October 2012 saw the return of Sarah's solo work in which she released her fourth independent record, 'I Awake'. In an effort to explore her family's heritage, she recorded the songs with the Bulgarian Symphony Orchestra. However, she was aware that recording such an album was risky. Sarah stated in an interview that she did not want the album to be 'watered down' or 'unnecessary'.
She is currently promoting the record by touring Australian cities in which she invited their respective orchestras to provide backing music. Most recently, she performed live in the Sydney Opera House where the concert was streamed live via Youtube. Soon, Sarah will embark on a European tour to promote her album overseas.