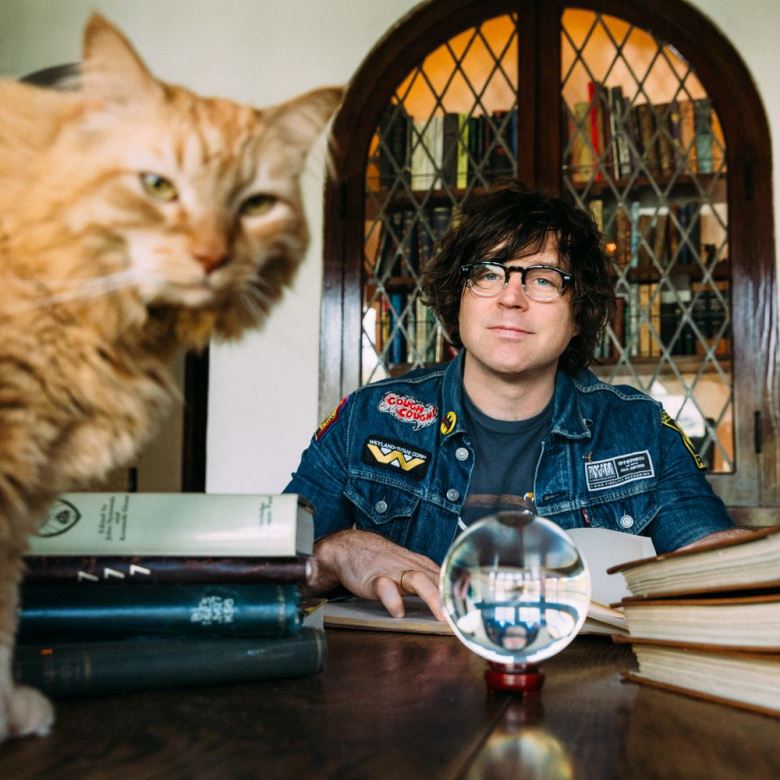 Ryan Adams (born David Ryan Adams on November 5, 1974) is an alt-country and rock and roll singer-songwriter from Jacksonville, North Carolina. Initially part of the group Whiskeytown, which was at the time considered one of the leaders of the alt-country genre, Adams left the band and released his first solo album, Heartbreaker, in 2000 (which was subsequently nominated for the Shortlist Music Prize). As well as his solo albums, Adams has released five albums as Ryan Adams & the Cardinals.
Adams dropped out of high school at age 16 to work in a shoe shop and make music. He formed a band named Whiskeytown in 1994; they disbanded in 1999 having released two full albums, Faithless Street and Strangers Almanac. Adams went on to put out his first solo record, Heartbreaker, in 2000. After a long delay, in 2001 Whiskeytown's third album Pneumonia was finally issued.
In 2002, Ryan contributed backing vocals on Butterfly in Reverse, from the Counting Crows album, Hard Candy; after Adam Duritz (Counting Crows lead singer) appeared on the album Gold.
Ryan is highly prolific, and in 2005 released one double album and two regular albums: Cold Roses, Jacksonville City Nights and 29, respectively. His album, 29, was produced by friend Ethan Johns (who also produced his first two albums, Heartbreaker and Gold). In between those two releases and his 2005 triple-header, Ryan released Demolition (a collection of out-takes), Love Is Hell and Rock N Roll. Unreleased studio albums include 48 Hours, Exile On Franklin Street and Suicide Handbook.
In addition, Adams worked with Jesse Malin to form the punk-rock group The Finger (under the pseudonyms, "Warren Peace" and "Irving Plaza" respectively), who released two E.P.s which were collected together to form We Are Fuck You, released on One Little Indian Records in 2003.
In 2006 Ryan went on a minor UK-tour and a minor US-tour along the west-coast and has streamed 11+ mini albums on his website, under numerous jokey pseudonyms (DJ Reggie, Werewolph, The Shit, Rhoda Ro, Ghetto Birds).
The following solo record, entitled Easy Tiger, was released on June 26, 2007. The newest and last record with his backing band The Cardinals, Cardinology, was released in October 2008 and followed by extensive touring through the UK, US and Australia.
In January 2009 he announced that he would be going on an indefinite hiatus from music. The Kindness Songfacts reports that the major reason for Adams’ temporary retirement was his struggles with Ménière’s disease, a disorder of the inner ear that wrecks havoc on hearing and balance. Adams resumed performing in October 2010, and released his thirteenth studio album, Ashes & Fire, on October 11, 2011. His wife, pop singer and actress Mandy Moore, contributed some backing vocals.