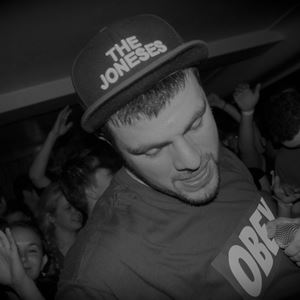 A self-confessed electronic music geek, with a penchant for fuzzy, dreamy analog synth atmospherics and tripped out rhythms, Rich Jones has honed his art now for nearly a decade, after discovering Detroit and European Techno in the late 90s. In ‘09, a few years after his first record was signed by a small digital label, Rich discovered that Richie Hawtin, one of Rich’s original major inspirations, was playing his music, up to 3 times in a set. This continued for the next few years, and helped propel Rich through the international techno ranks, landing him in his now well established working relationship with Alan Fitzpatricks 8 Sided Dice imprint, (for whom he also works as an engineer) and being snapped up by Slam for Soma Records. With a release on Minus just around the corner, it’s fair to say Rich Jones has made his unique mark on the international techno scene, and is highly respected worldwide for his driving, tough, yet hypnotic, music.
Utilizing a mixture of analogue outboard, and digital techniques, Rich channels his love of Detroit Techno, film scores, dusty analogue synthesizers, Chicago House, tribal drumming and percussive rhythms into his spacey and unique techno sound. His productions work on many levels – containing the intense energy required for maximum impact on the dance-floor, whilst still offering the casual listener many levels of complexity to discover on repeat listens. His overall techno aesthetic is ‘hypnotic’, and the influence of perhaps his biggest inspiration, Jeff Mills, can be heard throughout his energetic, tough, yet hypnotic, DJ sets.
His productions owe their inspiration to the vast, diverse cross-section of techno and IDM that has influenced him since his first exposure to this music, and always pack an energetic punch. Often tough, occasionally minimal, sometimes deep and dreamy, but always energetic, Rich has an impressive discography spanning such respected imprints as the mighty Soma Records and equally mighty Minus, 8-Sided Dice, Sleaze, Driving Forces, Spark, Ground Factory, Phobiq and Greta Cottage Workshop. His music has been played and supported the world over by such techno heroes as Richie Hawtin, Ben Klock, Adam Beyer, Joel Mull, Chris Liebing, Speedy J, Slam, James Ruskin, Laurent Garnier, The Advent, Mark Broom, John Selway, Derrick May and many more. His own imprint, Gnosis Records, is due to launch in summer 2012, showcasing Rich’s deeper side, via his alias Operator.
A DJ now for over a decade, with two residencies during that time in his local area, Rich’s ten year run with turntables n’ outboard FX, shifted to a hybrid digital/analogue DJ setup utilizing Ableton Live, controllers, and select bits of analogue kit, in around 2008. His love of Detroit techno shows in his incessantly energetic, dynamic, intricate sets, where he journeys from chunky techno-house beats to deep techno, and on into tougher territory, all the while utilizing the digital paradigm to its upmost, layering over 6 channels of audio, loops, percussion and outboard sounds...and with NO planning. Keeping spontaneity and a degree of chaos present in a DJ world with ‘sync’ is something Rich feels massively important. With the challenge of beat-matching absent, more time is freed up for truly creative purposes, Rich believes, ultimately hybridizing his DJ set with a live performance. His complex and inventive sets are testament to this....