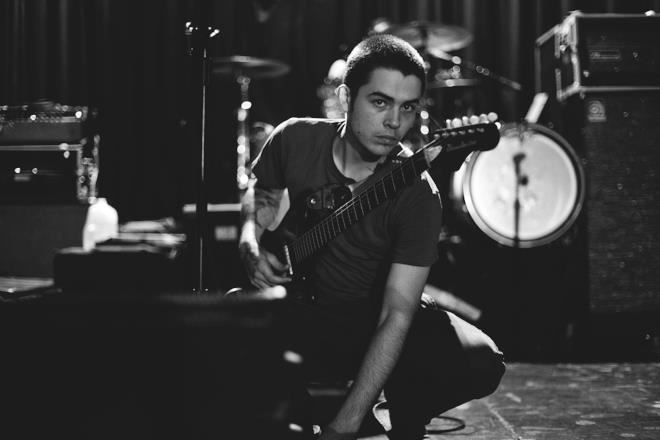 At least two artists use the name Oceana:
1. A post-hardcore/indie rock band from St. Petersburg, Florida, USA
2. A singer from Germany also known as Oceana Mahlmann.
1. Oceana is (as of November 3rd, 2009) a 4-piece band from St. Petersburg, Tampa, Florida that released two full length albums and an EP, entitled The Tide, BIRTH EATER and Clean Head respectively. They announced they were disbanding 6/19/09, however as of November 3rd, 2009 they are back together with a changed line-up. They are currently unsigned.
The original members of Oceana had previously been in other local bands in the Tampa - St. Petersburg area, before finally gathering and forming Oceana in 2007
The Tide, the debut album, was released through Rise Records March 4th, 2008. Keith Jones, Oceana's vocalist and frontman at that time, and James O'Brien, who was doing the clean vocals and played the drums, left the band shortly after the release due to some personal issues. Shortly after Keith's and James' departure Brennan Taulbee joined the band to replace Keith's role as vocalist. Brennan contributed clean and screaming vocals during the tours and the new album BIRTH EATER. Denny Agosto, the new drummer, was picked up by Oceana a bit later aswell.
The Tide became the signature album of Oceana, featuring atmospheric and ambient instrumental delivery with a mix of metalcore typical breakdowns and subtle use of electronics and dramatic song-writing. It was produced and mixed by James Paul Wisner (Dashboard Confessional, New Found Glory and Paramore) and Cameron Mizell.
The band later released a demo to feature Brennan's vocals for the first time on a recorded song called Creations followed by two new songs off the new album called The Family Disease and Mother Love.
Their latest full-lenght album, BIRTH EATER, was released on May 26. All of the songs on this album shared the same themes of abandonment and abortion, making it technically a concept album. The album's reception varied from really positive to negative, with people commenting about it being either the best progression for a band possible or a great let-down compared to The Tide. Nevertheless, BIRTH EATER caught attention with its lyrical themes and creepy and dramatic atmosphere of the album in its entity.
Oceana has toured with bands like Silverstein, Poison the Well, The Sleeping, Fear Before, Of Machines and Memphis May Fire. They also played on Warped Tour 2008.
Oceana officially disbanded June 16th, 2009, yet "after a few months of thought and ton of discussions" an announcement about the band being back together has been posted their official MySpace profile on November 3rd, 2009. The reformation brought some line-up changes to the band. With bassist Robbie and lead-guitarist Alex leaving the band, Oceana picked up a new bassist, Kolby Cridder.
Shortly after reunion, the band released their first music video of The Family Disease.
On January 25th, 2010 Oceana headed into Glow in the Dark Studios, recording a B-Side EP of BIRTH EATER. The EP was produced by Matt Goldman, who also has produced efforts from bands like Underoath, The Chariot and As Cities Burn. Clean Head EP was released on May 4th 2010.
The current OCEANA lineup is:
Brennan Taulbee - Vocals, Guitar
Alex Schultz - Guitar
Kolby Cridder - Bass
Denny Agosto - Drums
Former members:
Keith Jones - Screaming Vocals
James O'Brien - Clean Vocals, Drums
Robbie Davis - Bass
Jack Burns - Guitar
Guitarist Jack Burns and Vocalist Keith Jones now play in the band Decoder (Rise Records) which also features ex members from Of Machines and VersaEmerge. www.myspace.com/decoder
Official site: http://www.myspace.com/oceanafl
2. Oceana is a German singer of both ethnic German and Afro-Martiniquais descent. She has musical roots in soul, reggae, hip-hop and funk. In March 2010, she finished sixth in the Polish version of Dancing with the Stars, with dance partner Przemysław Juszkiewicz. In May 2010, she hosted the TV show ARTE Lounge on the European channel Arte. That same month, the singer signed with Ultra Records and released her first single Cry Cry from Love Supply. She performs the official Euro 2012 song, Endless Summer.
Official site: http://www.oceana-online.de