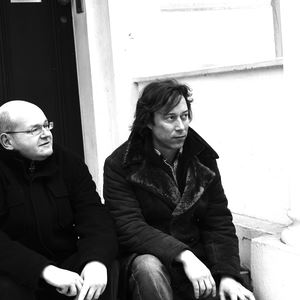 http://myspace.com/therealoblong
http://www.facebook.com/home.php?#!/pages/Oblong-London/116821491664205?ref=ts
Exceptional Records are very happy to announce the long-awaited album from Oblong. West London producer Patrick Kenmore (Mr Oblong) and resident vocalist Adam Parker have been hard at work for quite some time polishing and perfecting their debut LP, just for you. And we reckon it’s been well worth the wait.
Oblong’s organic approach to song writing and his impressive studio skills have led to numerous collaborations with the likes of Add N to X, Nathan Haines, Isaac Turner (Spektrum), Kaidi Tatham (Bugz in the Attic) and Simon Franks (Audio Bullies) amongst others. His extensive musical knowledge and experience have helped him amass a great network of musicians who pop in and out of his Portobello Road studio - including members of the legendary Blockheads, Bugz In The Attic, Yam Who and bass player Ian Rive (Mosquito).
Adam Parker has enjoyed recent success with the legendary DJ Sasha on the track Highlife, the undisputed highlight of the Invol2ver album, the resulting EP which includes Adam’s own original version Lowlife and also with his own band currently touring the UK.
From this wealth of experience Oblong have crafted an album of extraordinary depth and delicacy, breathing some new life into the often overlooked art of songwriting. The album includes the acclaimed singles You + Me and Playing On My Mind, as well as nine new, previously unreleased tracks.
Leaving London kicks off the album with it’s groovy bass, funky acoustic and soft vocals coupled with Rhodes and organ stabs. ‘Leaving London is easy, it’s coming back that’s hard’ – the sadness of returning home from a trip and having to pick up normal life once again.
Playing On My Mind is a poignant ode to the trials and tribulations of being in love, an immaculately crafted song with shades of Erlend Øye and Pet Shop Boys. Filmic orchestra stabs punctuate the piece, building into a foot-tapping goove, funky bass, jangling nylon string acoustic, electronic wizardry and Adam Parker’s darkly crooned vocals.
You + Me, the first Oblong single, has more laidback dance feel, like leaning against the wall of a club, nodding to the beat. Adam’s layered vocals, backed by pumping kicks and funky stabbed piano and string fills, speak of night-time loneliness, dreaming of the one who got away. “I want my love multiplied, you’re taking your love away.”
Bubblehead with it’s percussion-led Latin feel, is a quirky, conversational piece about a love that quietly evaporated in the night, leaving the protagonists confused and disillusioned, melancholic and harking back to the early days of the relationship when things were so good.
Ship On The Horizon, a rock influenced demonstration of Patrick’s varied styles, features simple electric guitar, bass and drums, filling into killer chorus warning us ‘if you let it this old world will drag you down, you’d better not forget if you plan on sticking around.’ A strange sadly uplifting song which will connect with anyone who occasionally feels old and tired, but knows there’s hope on the horizon.
Walk With Me is a light, funky ballad, a downbeat masterpiece. The airy vocals describe a first romantic meeting “I think I like you just a bit too much”… the way we get carried away in the early days, the spark of touch, the joy of discovery.
The vocal tracks are linked by a series of instrumentals, such as Catch The Sun with it’s stabbing and sliding strings, as if the London Philharmonic one day threw down their dinner jackets and developed attitude, Magic Twist which drifts quietly through the background of your psyche, with it’s buzzing bass line and shimmering old school synths. Forever features an old skool square synth bass, building pads and synths beneath. Male and female whispers make the pledge “I want you to be with me.” “Forever?” “Forever and ever.” Who Knows? features bright electric guitar riffs, soft and soporific pads and treated tribal drums, building into a shimmering, tantalizing climax. It Just Is Cricket, twisted and dark, is built entirely on samples from a cricket match at Lords… growing crowds cheering, umpires calling, cameras snapping and cries of the disappointed and jubilant players.
This is an album of amazing sensitivity and insight. Tales of love and loss, which cannot help but turn over even the hardest of hearts. The eclectic mix of musical influences creates a vibrant and varied album where no two tracks are alike but where all the tracks are in harmony with the whole. If you value great songwriting this one’s for you.