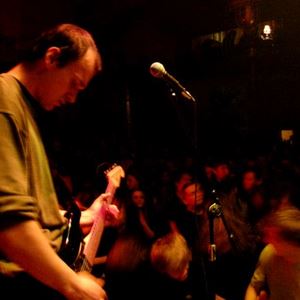 Mir/MIR refers to more than 1 artist.
1. Slovenian electronic producer Vladimir Mićković
2. Canadian alternative/rock band
3. Dutch singer/songwriter Mirjam Timmer
4. Russian electronica band
5. Finnish alternative metal band
6. Swiss experimental/industrial band
7. Polish rock band from Skarżysko-Kamienna
8. Japanese New Wave/Post-Punk band from Tokyo
9. Rock band from Washington, DC, United States
10. Austrian improvisation electronics act from Wien
11. Hardcore/gabber producer Andrei Orlov
------
1. Slovenian electronic producer Vladimir Mićković
One dude making some kind of hip hop (-ish), chill (not always) tunes, some ghosts and jazz also present. is nice. http://soundcloud.com/mirsteboj
------
2. Canadian alternative rock band:
Three guys. Seven years. One quarter of a million road miles. Eight countries. Four continents. Six awards. Twenty-six nominations. Four studio albums. Two Hundred and Twenty Thousand Dollars raised for charity. Seven music videos. Five charting radio singles.
Eighteen new songs. Album CD release date is September 16th 12am EST. Hear the new album tracks here and on www.mirwebsite.com
-------
3. Dutch singer/songwriter:
1982-1998: Mirjam Timmer was born on july 1st ,1982 in Leeuwarden, in the north of The Netherlands. She grew up in the nearby village of Warga. From age 7, she became very interested in guitars and pianos and soon enough, her bedroom changed into a primitive recording studio. At age 10, Mirjam, determined to become a songwriter, wrote her first song, In 1998, Mirjam got together with her childhood best friend Johan van der Veen and they formed the band Twarres.
1998-2003: Twarres proved to be successful. Their debut single " Wer Bisto ‘ was a massive hit in both The Netherlands and Belgium. Over 200.000 singles were sold. It was the first time in Dutch pop history that a song in Frisian ( the language spoken in the Dutch province of Friesland, where Mirjam lives ) topped the charts. ‘ Wer Bisto ‘ stayed at # 1 for 6 weeks. Their debut album entitled ‘ Stream ‘ went platinum in both Belgium and The Netherlands. The singles ‘ She couldn’t laugh ‘ and ‘ Children ‘ were both Top10 hits in the Benelux.
Twarres were awarded the Top of the Pops ‘ Best Newcomer ‘ title in Manchester, competing against many big international names. February 2002 saw the group winning the Dutch Edision Award. These awards were also a tribute to Mirjam’s songwriting talents. Twarres played some big festivals like Marktrock in Leuven, Belgium. CD2, their second album also did well in the Benelux. Single releases like ‘ I need to know ‘ and " I’ll see you ‘ both entered the Top 40. Nearly all of 2003 was taken up with Twarres perfoming throughout The Netherlands and Belgium : over 80 shows in mostly sold out theatres. Inspite of their success, or maybe because of it, it became clear that the ambitions of Johan and Mirjam were different, and at the end of that year, Twarres split up but Mirjam and Johan remained friends ( and neighbours ! ), which they are to this day.
2003-2005: Mirjam decided on a solo career and spent all her time songwriting. She chose the name ‘ MIR ‘ for herself. It’s an obvious abbreviation of Mirjam, but coincidentally, MIR is Russian for ‘ peace ‘. She teamed up with English songwriter John Themis, who was successfully involved with artists such as Dido, Sugar Babes, Tori Amos, Emmy Lou Harris and Culture Club. During a Night of the Proms concert, MIR then met Simple Minds’ front man and co-founder Jim Kerr, and the two hit it off instantly. Their artistic friendship culminated in the recording of the beautiful duet ‘ The deep blue sea ‘, prominently featured on MIR’s debut solo album ‘ Files from London ‘. It also contains writing contributions from Peter van Asten, MIR’s producer from the days of Twarres, and he is the new album’s executive producer. " It was hugely liberating to write songs for myself ‘, says
MIR. " Writing for just one voice inspired me enormously. I did most of the backing vocals myself, except for some male voices here and there. I have grown musically and did most of the production on this album myself, but always under the watchful eye of Peter van Asten. We also hired Holger Schwedt to do the final mixing. "
2006 and recent: MIR kicked off 2006 with eight shows of ‘ De Vrienden van Amstel ‘ in Rotterdam’s Ahoy venue in January. The end of that month saw the release of MIR’s first single ‘ Face to face ‘, a musical calling card for the new album. MIR did some solo gigs, and radio shows to bring her new music to the world. After awhile she teamed up with other Dutch musicians for a project called "Motel Westcoast" in which a lot of 60s/70s folk songs were played (James Taylor, Eagles, Grateful Dead, Beach Boys, Fleetwood Mac, etc.) in theatres all through the Netherlands. And Twarres recently announced they are reuniting in the 2nd half of 2007.
------------
6. The swiss MIR (along with free mp3s) can be found here:
http://www.atreeinafieldrecords.com/index.php?dest=artist&art=9