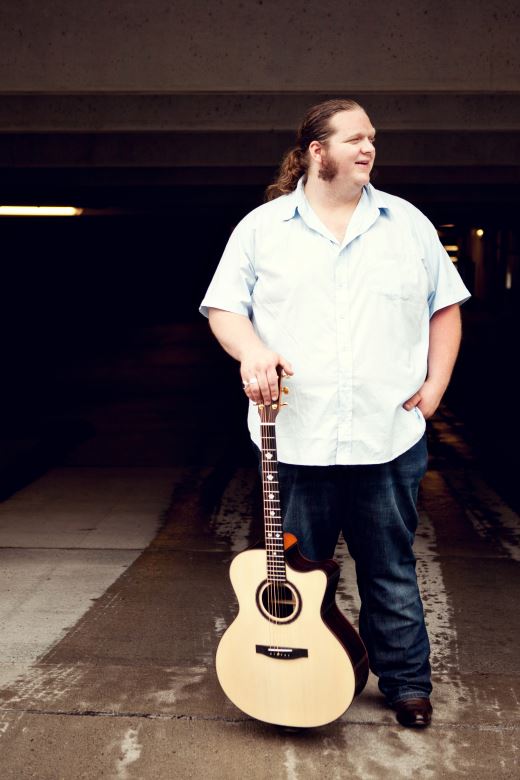 MATT ANDERSEN: Breaking Through, One Audience at a Time
The best performing songwriters, the ones who sound like they really mean what they’re singing about, tend to come from areas known for hard times and hard work. Like say, Perth-Andover, a rural blue-collar village in the Canadian Maritime province of New Brunswick—the home of acclaimed singer-songwriter and guitarist Matt Andersen.
“Perth-Andover’s a really small, family-oriented community,” says Matt. “Everybody knows everybody. My dad’s worked as a logger pretty much his whole life. But there’s always been music around: My grandfather played fiddle, my mom plays piano in church. Most of my cousins have had bands at some point. Whenever there’s a get-together there’s always about nine or ten fiddles or guitars in the room.”
Matt’s musical household got him interested playing early on and by junior high he was in the school band, first on tuba and later on trumpet. He took up guitar at 14, and before long was playing classic rock and Top 40 covers in pub bands while he studied studio engineering. Things changed dramatically, however, when he discovered the blues.
“Through Eric Clapton I got into B.B. King, which led me to the Chicago electric stuff and eventually back to the Mississippi Delta guys,” says the 30-year-old singer. “What really hit me most about the blues was its total honesty.”
Matt began to build his name on the Canadian circuit, his imposing voice and slashing slide guitar making a monolithic impression on audiences. He debuted with 2002’s One Size Never Fits, and followed with the likewise-warmly received Solo at Session (2004) and Live at Liberty House (2005).
After playing the prestigious 2004 East Coast Music Awards, Matt continued cultivating crowds, appearing with Randy Bachman, Bo Diddley, Little Feat, America, Loverboy, April Wine, and others. He signed with Busted Flat Records for a string of exalted albums: 2007’s Second Time Around, 2008’s Something in Between, and 2009’s Piggyback (a duo set with harmonica king Mike Stevens) and Live at the Phoenix Theatre.
By 2009 Matt had become a frequent guest on Stuart McLean’s CBC radio show “The Vinyl Café” and had completed his fourth tour of the UK, where The Times called him “Canada’s greatest guitarist.” In 2010 he became the first Canadian to win Memphis’s famed International Blues Challenge, which led to festival dates in France, Italy, and the US, where he toured with Old Crow Medicine Show.
Matt’s newest album, Coal Mining Blues, was produced by Colin Linden (who co-wrote and plays on several tunes) and recorded at Levon Helm Studios in Woodstock, New York. Featuring the Band keyboardist Garth Hudson and Olabelle singer Amy Helm, it’s a rich vein of new songs, many addressing the trying lives of working people: There’s the self-explanatory “Work Hard for the Luxury,” and the moving title track, which rings true in mining communities from Cape Breton to Sheffield and West Virginia. But not all of Coal Mining Blues is about hard work, as rollicking up-tempo cuts like “Lay it on the Line” and “Fired Up” bear out.
What is it Matt hopes audiences experience when they hear him? “I’m not trying to change anyone’s lives in a big way, but I love it when [listeners] really get involved in the music,” says Matt, performs over 200 shows a year and in 2011 won the Maple Blues Awards for Entertainer of the Year and Acoustic Act of the Year and was nominated for four East Coast Music Association awards. “That’s what really makes it a great night, for everyone.”
As Matt Andersen continues to do what he was born to do—play his exhilarating music—fans can look forward to many great nights, indeed.
www.stubbyfingers.ca