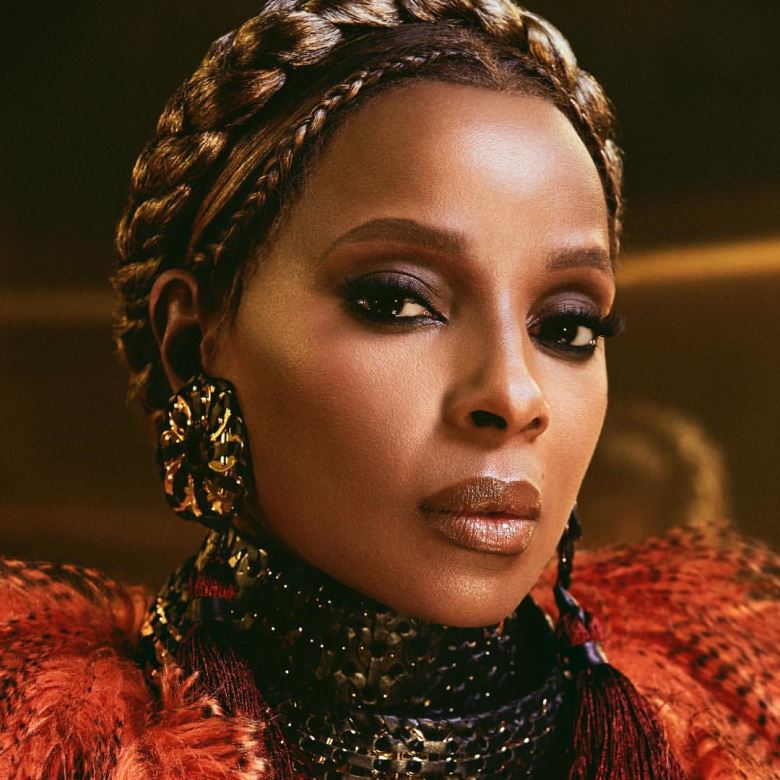 Mary Jane Blige (born January 11, 1971 in Bronx, New York, United States), spent the first few years of her life in Savannah, GA, before moving with her mother and older sister to the Schlobam housing projects in Yonkers, New York). Some of her best known songs are Real Love, No More Drama, Family Affair, Be Without You, I'm goin' down, One, Work that, Mr. Wrong, As, Therapy, Right Now; the latest two included on her thirteenth studio album, "The London Sessions" released in 2014.
Her 1992 debut album, "What's The 411?" was recorded with Sean "Puffy" Combs, Dave Hall, Mark Morales and Mark Rooney. It was followed by "My Life" in 1994. "Share My World" marked the beginning of Blige's creative partnerships with Jimmy Jam and Terry Lewis in 1997. Her fourth album, "Mary", was released in 1999, aided by material from Elton John and Bernie Taupin, Stevie Wonder, and Lauryn Hill.

After "No more drama" (2001), she reunited in 2003 with Diddy who produced the majority of the "Love & Life" album (2003). "The Breakthrough" followed two years later. 2006 saw the release of "Reflections (A Retrospective)". Her ninth studio album, "Stronger With Each Tear", was released in 2009. That same year Blige's own imprint, Matriarch Records was born. "My Life II... The Journey Continues (Act 1)" (2011) was followed by "A Mary Christmas" in 2013.
In July 2014, it was announced Blige would move to London to record her thirteenth studio album with a host of young British acts, including Disclosure, Naughty Boy, Sam Romans, Emeli Sandé, Sam Smith and writers Eg White, Jimmy Napes, M.J. Cole. The results were the ten new songs included on "The London Sessions".
http://www.maryjblige.com