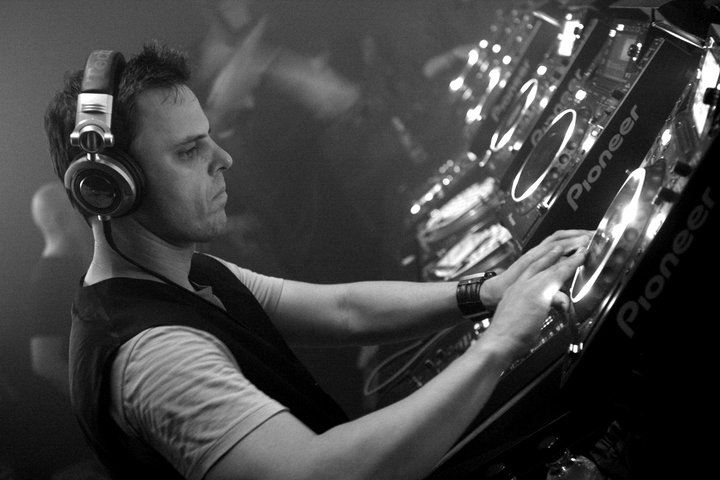 Markus Schulz is a German progressive trance producer renowned for his unique style of dark, brooding yet melodic productions and DJ sets. He is head of his own label Coldharbour Recordings in co-operation with Armada and he is infamous for surprising his fans with his own edits and reconstructions of well-known songs. He is currently living in Miami, Florida
-------------------
Markus Schulz is a man on a mission. He dreams of meeting the world. This dream just might be possible. Currently number 8 on the DJ Mag Top 100 DJ’s Poll and 5th on the TranceAddict.com Top 250 DJ’s Poll, Markus has been travelling the world playing his personal brand of ‘dark, moody, melodic trance’ and meeting as many people as possible.
Over the past three years, Markus has crossed the globe on an almost constant basis. From Australia to Russia and as far away as China and Trinidad. Along with playing his hometown of Miami. Markus was also found in Ibiza at his summer residency at Amnesia; The Two Tribes Tour in Australia and New Zealand; Tomorrowland in Belgium; Mysterland and Trance Energy in The Netherlands; Nature One in Germany; Distant Heat in Jordan as well as clubs and in Kuala Lumpur, Romania, Czech Republic, Mexico, Sweden, Finland, Hungary, Slovakia, UK, Boston, Los Angeles, New York and the list goes on.
Global DJ Broadcast, Markus’ weekly radio show, can now be heard on over 30 stations worldwide. His very special ‘Ibiza Summer Sessions’ debuted in the summer of 2006. Wanting to give the listener the feeling of being part of the Ibiza summer, Markus planned each week with the best guest DJs and hottest music from the Balearic Islands. The mission was to bring Ibiza to those who couldn’t be there and add to the experience of those who were. And it worked. New stations the world over grabbed up the show for their audiences. Markus reached out through the airwaves to meet more people and touch their lives.
His stunning second artist album, Progression, was a cumulation of these experiences, and offers listeners a slice of his trademark of dark, melodic trance alongside beautiful chilled tracks, guitars, and sublime vocals. Says Markus: “Progression was conceived in the summer, whereas the debut album was done and released in winter, so Progression is less dark, and more influenced by sunny days in Miami. ‘Trinidad to Miami’ was actually written while I was flying over the ocean with the sun shining on the water, and encapsulates that feeling of optimism and happiness.”
While some artists might find it hectic putting together an album with so much going on, Markus thrives on the inspiration he finds in his two bases – Miami and Berlin – and gigs everywhere in between. “I can't do one without the other - playing for the crowd makes me excited and gives me ideas for getting into the studio. When I’m in the studio, I can’t wait to play out what I’m making and seeing people react to it – the processes feed off each other."
"When I grew up listening to music it had a huge influence on me, and made me who I am, so when I make my own music I do it with the listener in mind and try and recreate that one on one feeling I’ve always had. It’s something that gets you through hard times, is a soundtrack to good times, and touches you in a unique way."
2008 kicked off with the release of his fourth compilation for Armada Music, ‘Amsterdam ‘08’, and Markus couldn’t be happier about its origins – Amsterdam is his spiritual home thanks to the overwhelming passion of the people resident there. “I always choose cities that are dear tome for my annual mix compilation” says Markus. “I just love Amsterdam, I feel a real connection there – my friends there are like my family. The people of Holland were one of the first to embrace and accept me and my sound, so it was the natural choice to do the 08 mix there.”
2008 was set to bring more dates in Australia, as well as Asia and South America. His ‘Progression’ World Tour was a big success. Markus: “I have been fortunate to meet some truly outstanding fans in these places who have supported me so much over the past few years - knowing that they will be there front and centre each time I come into town is a cool feeling.”
With no plans for slowing down anytime soon, Markus just might meet the world after all.