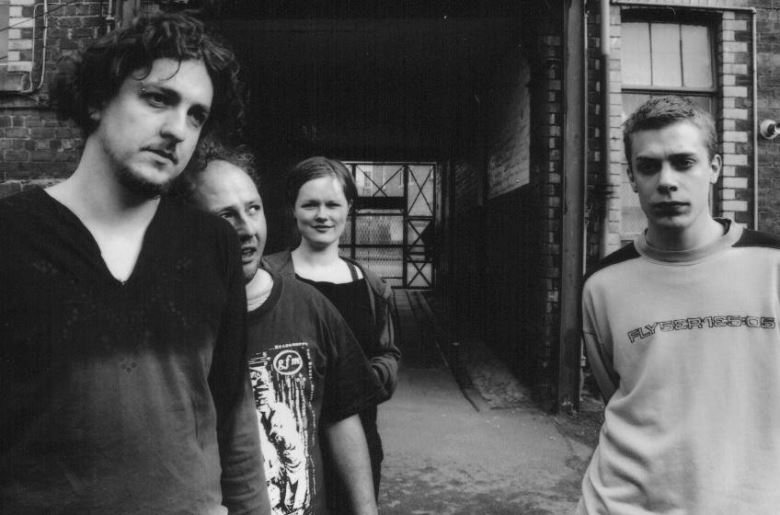 Glaswegian quartet Laki Mera extend and weave beyond the expected confines of genre as their boundary-free sound busts conventions like the musical equivalent of breaking the fourth wall. Released late in 2010, the band’s debut EP ‘Clutter’ earned breathless comparisons with artists as diverse as the Cocteau Twins, Portishead, Blue Nile, Ryuichi Sakamoto and Radiohead. Such eclectism reflected the band’s inherent ability to capture a style immediately recognisable, yet in a realm of its own.
The band’s freewheeling direction sees them continue to explore new terrain with their debut album ‘The Proximity Effect’. Their eclecticism continues where ‘Clutter’ left off, as they pursue fragile folk beauty (‘Fingertips’), flourishes of ethereal eeriness with vocalist Laura Donnelly’s tender vocals hanging in the ether like the voice of an imaginary friend (‘Solstice’) and a gloriously atmospheric clash of sinister electronica and enticing pop hooks on ‘More Than You.’ The audacious near instrumental ‘Onion Machine’ provides a mid-album highlight as it employs a retro-futuristic synth riff, an emotive layer of cello, stabs of grinding guitar and an angular time signature.
"A  fine piece of work... Not since the Blue Nile's first recording has such well crafted music appeared from a Scottish band, Laura Donnelly's voice as affecting as Paul Buchanan's. With Portishead reborn and the ambience of trip-hop being reassessed, the time may be just right for Laki Mera to make the leap to more widespread acclaim" - The Herald
"stunning ambient electronica conjures shapes and textures occasionally hinted at by Zero 7 but not fully heard and appreciated since latter day Eno or ambient Japense god, Ryuichi Sakamoto" - tentracks.co.uk
“We’re not just a guitar band, and we’re not just an electronic band either,” asserts Donnelly. Andrea Gobbi, the band’s multi-instrumentalist and producer agrees. “There’s no-one else really doing what we do,” he explains in possibly the most authentic Scottish accent to emerge from a man born in Italy. “On one hand that’s a huge advantage, but on the other no-one really seems to know where to place us.”
The duo, both of whom admit to having had little interest in electronic music as teenagers, first met in Glasgow as Gobbi neared the end of a course in audio engineering. Gobbi had come to London to study, but his dreams of opening his own studio were restricted by finances. In Glasgow, however, that dream could come to fruition. At the time, Donnelly had been away from music for a while after her previous band split up. When Gobbi recorded Donnelly singing, accompanied only by a guitar, she was amazed to hear his electronic production of the track. “It was a really new path for me in terms of recording music that way,” she recalls.
And so, Laki Mera’s roots were cast. Their ranks were boosted with the recruitment of drummer and percussionist Tim Harbinson, who had previously played with another local band playing live electronica, and the classical trained Keir Long (pianos / snyths) who worked with Gobbi on producing scores for film and theatre.
The band record at Gobbi and Long’s own Carrier Waves studio in Glasgow. It allows the band the freedom to spend as much time as they want in order to refine their recordings and to indulge in their sonic experimentations. For three songs (‘Double Back’, ‘Reverberation’ and ‘Solstice’) that required a more organic sound, the band decamped to a turf house in Achiltibuie, a small coastal village in the Highlands. “Overlooking a beautiful beach and an imposing mountain range, we felt this was the ideal setting to come and record the album’s more acoustic orientated songs,” explains Gobbi, adding that it offered a radically different vibe to Glasgow’s often gloomy outlook.
The album’s title was born from an audio engineering term, but it also revealed a second layer of meaning. Collectively, Laki Mera wanted a title that would communicate how people connected on an emotional and psychological level. Not only did ‘The Proximity Effect’ possess a dual meaning, it also conveyed a parallel with the two key components of their musical approach. Or, as Gobbi states, “The technological, electronic element of synthesisers and the organic acoustic feel of pianos, guitars, strings and vocals.”
Lyrically, Donnelly crafts words which reflect the often mysterious approach of the music. “It’s all really personal stuff and I try to disguise it as much as I can,” she says. Sometimes a superficial meaning clouds the song’s deeper concept. On others, she draws influence from similar forward-thinkers from the big screen; Jean-Pierre Jeunet, Guillermo del Toro and Darren Aronofsky to name but a few.
The result is that Laki Mera are defined only by themselves: their music born from a love of innovative, technologic exploration and organic artistry.
"between the whispered minimalism of the XX and the glitchy percussion and abrasive electronica that characterised Portishead's recent work...Donnelly is ever the focal point and she manages a charming vulnerability a la Bjork...a performer who is naturally captivating" - The Line Of Best Fit
"The inevitable comparisons with Massive Attack and Cocteau Twins....as well as Portishead, Radiohead (no really, one track does - "Seagull's Nex") and Sia with a side-order of Beth Orton. Yep, pretty good company, though ultimately they sound like Laki Mera and that's rare for a band to sound different enough to stand out" - allgigs.co.uk
“Drawing heavily from trip-hop and ambient electronica influences, Laki Mera craft carefully ordered and simultaneously shambolic soundscapes…layered and looped to produce something truly arresting... Just as you end a trip to the fairground both vaguely shaken and exhilarated, Clutter is a whirlwind listen that leaves you wanting more.” 8/10, The 405
"a gorgeous collection of ambient panorama and cinematic soundscapes over the top of which Laura's ethereal enigmatic vocals soar and swoon" - pennyblack music.co.uk