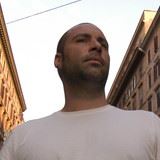 There are 3 artists with this name:
1. South Coast hip hop artist Influx has been putting in work smashing shows from the UK to foreign shores for some time now. Far from a typical MC, Influx takes influence from a variety of genres and matches metaphorical wordplay with powerful imagery and intelligent concepts. Inspired by travelling the world, dreams, reality and everything in between, Influx writes songs to equally inspired beats.
Currently on the roster for long-standing pillar of the UK hip hop scene Raygun Youth, Influx plays monthly shows in Southampton UK as well as hosting regular radio shows. Past features include tracks on cover mount CDs for ‘Hip Hop Connection' and in 2008 Influx released a taster of things to come with the ‘Cascade’ EP.
Summer 2010 saw the release of Influx’s debut single ‘Days to Night’ which received local, national and international airplay from radio stations including BBC Radio 1Xtra and Southern Counties through BBC Introducing.
Continuing to play a large amount of gigs throughout the UK, Influx has without doubt established his live show as one of most energetic and charismatic out there. All of this hard work began to pay off during summer 2011 when Influx played a string of festivals including Nozstock, Relentless Boardmasters and Outlook Festival Croatia.
To date, artists Influx has supported include Foreign Beggars, Professor Green, Devlin, Jehst, Taskforce, Sway, Grandmaster Flash (US), Macklemore (US), Mix Master Mike (Beastie Boys), Dub Pistols, P-Money, Stig & Dr Syntax, Souls of Mischief (US), Ugly Duckling (US), Kidz in the Hall (US), Mantra (AUS), Phi Life Cypher, Million Dan, Datsik, Brookes Brothers, Danny Byrd, Blak Twang, Skinnyman, Assaviour, Soweto Kinch…. the list goes on!
Between chasing surf with mates, going to too many parties, trying to see the world and playing gigs, Influx is currently writing and recording a mixtape, a debut album and developing a live band. It's safe to say that musically things are only just getting started, keep your eyes and ears open, the beginning is nigh. For regular updates visit http://www.facebook.com/influx and http://www.influxonline.co.uk .
2. Influx is the project of James Bernard (USA) which was started in 1992 and had many successful releases on Rising High Records and Sapho Records (Rising High sister label) in the early 90's. After parting ways with Rising High, Influx continued to compose and release music on other labels notably Analog Records (label of Freddy Fresh), Isophlux Records and K-Tel/BML records.
2008 will see the release of new Influx material (on Railyard Recordings) in the Acid techno style as well as remixes for DJ Pierre and others.
Influx also has a limited edition compilation of unlreased works dating all the way back to 1992 which is entitled "Digging through the DAT tapes" that was just released on the James Bernard Music label.
3. Australian based UK Hardcore & Gabber producer