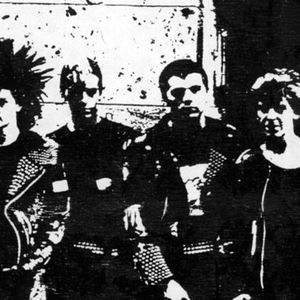 There are many artists called Impact:
1) Impact was an American soul quartet originating from Philadelphia (formed 1969 - disbanded 1977). Members of the group later known as Impact burst onto the recording scene with the name the Young Tempts on the Isley Brothers' T- Neck label. The first single, "I've Been Good to You" b/w "Too Busy Thinking About My Baby," ripped the Temptations' earlier versions, and both tracks appeared on the Gettin' Ready album with Eddie Kendricks on lead. Impact's falsetto Otis Robert Harris Jr. sounded like a fuller Kendricks, but he lacked Kendricks' edge. Objecting to the name, Motown filed an injunction and had the record recalled; T-Neck renamed the act the Young Vandals and pressed more copies with the new moniker. After two more singles for T-Neck during 1970, the Baltimore natives disbanded when Otis Harris landed a gig with the Temptations, the group he admired so, later in 1970. (He changed his name to Damon since, as he said "the group already had an Otis"). What he thought was a lifetime gig, however, turned into a four-year stint for Damon. Dejected, but not for long, he re-formed the Young Vandals and renamed them Impact. The quartet consisted of the same members: Damon Harris, John Quinton Simms, Charles Timmons, and Donald Tighman (who's related to Sonny Til of the Orioles and whose real name was Earlington Tighman).
They signed with a Philadelphia production company who secured a masters' deal with Atco Records. An album titled Impact dropped first, followed by the single "Happy Man," a popular 1976 disco cut. Impact put as much work in their backing vocals as the lead, something peculiar with D.C./Baltimore-area groups; the background voices competed with the lead for attention, making the songs more exciting. In addition to Harris' buttery falsetto, Impact had a David Ruffin-ish tenor and both were a joy to hear.
The same procedure was followed with "Love Attack" and "One Last Memory." While the singles and the album had a winning sound, sales figures were less than projected and the Atco association terminated. They surfaced on Fantasy in 1977 with a new album, The Pac Is Back. Fantasy released two singles -- "Rainy Days" and "Smile Awhile" -- but with only minimal chart action and scant sales, they proved to be Impact's final releases. Harris later went solo and cut a couple of critically acclaimed albums that didn't do much. He later disappeared from the scene, moved to Reno, NV, to finish college, and still lives there. The whereabouts of the other members are unknown, but it's believed all live in the Baltimore/D.C. area.
2) Hardcore punk band from Orange County. They are influenced by old school straight edge bands like Stand and Fight or Ten Yard Fight.
3) Impact is an Hardcore Punk band from Ferrara, Italy. Together with other bands like Indigesti, Negazione and Declino they started the Italian Hardcore Punk stream in the early '80s. Here you can find the Official Homepage.
4) A 1990s Romanian house group.
5) A British drum and bass artist.
6) An Italian rock/progressive rock band from Naples in Italy. In 2004 the guitar player Angiolo Pierantoni and the bass player Valerio “Fluido” Celentano met the drummer Rosario Vitiello and the project “Sabotage” came to life: a tribute to the timeless sound of Black Sabbath. The impact was explosive! The sound of the trio took shape instantly – forceful and compact – and the passage from cover songs to original compositions was a mere exchange of glances. The result is “Impact”, a classic three-piece band – bass, guitar, drums – with a sound ranging from the hard rock of the seventies to a more modern laid-back fusion, passing through progressive and melodic phases on the way.
Line Up:
Rosario Vitiello (drums and vocals)
Angiolo Pierantoni (guitar and backing vocals)
Valerio “Fluido” Celentano (bass and backing vocals)
7) A trance-project of Richard Van Dongen, a Dutch producer. He has several releases on the In Trance We Trust label under his Impact alias.
8) Impact are a five piece UK '82 group from Wales.
9) Fort Wayne Punk band with a 5-song demo released under the title Cryptic, Caustic & Catchy.
10) A French Canadian skinhead Oi! band.
11) A Dutch heavy metal band from the eighties, with three songs released on the compilation LP Metal Clogs (1982), an album Never Too Young To Rock (1982), and an album The Flag (1987).
14) Christian metal band from the late 1980s.
15) Milwaukee Thrash Metal band called Impact. Not a lot is known about this band. They had one album "Take The Pain" in 1991 after a 5 Song Demo. There is no information about the vocals in the booklet. An inevitable split-up was followed short after the release.
Line Up:
Darren Abad - Lead Guitar
Nathan Kane - Lead Guitar
Dean Kendziera - Bass
Glen Schroeder - Drums
16) Underground rapper from Las Vegas, Nevada.
17) Randall J Stevenson, better known as Impact, is an American rapper/ R&B singer based out of North Carolina. Known for his versatile rhyme flow and melodic and soulful harmonies, Impact brings a heartbeat to music, reminiscent of Slum-Village and Kendrick Lamar, mixed with a 70s-80s R&B vibe.
Impact has been writing poems and music since the tender age of 7. Impact was initially inspired to be an artist when he heard LL Cool J's “Im Bad” and decided to pursue his dreams to become an artist when no one in his city could beat him in a MC battle. Impact also lists inspirations as Marvin Gaye, El Debarge, Nas and Herbie Handcock, to name a few and has had the opportunity to not only work with his Idol Nas on his first EP “The Reset” album, but he also produced for Cartoon Networks Adult Swim. Impact is aiming to influence through soulful reminiscent frequencies, and wants to move others to find the missing heartbeat in music and not be a follower.
Impact released an R&B album titled “ When April Meets May” in April 2017. Be on the lookout for more from this talented artist.