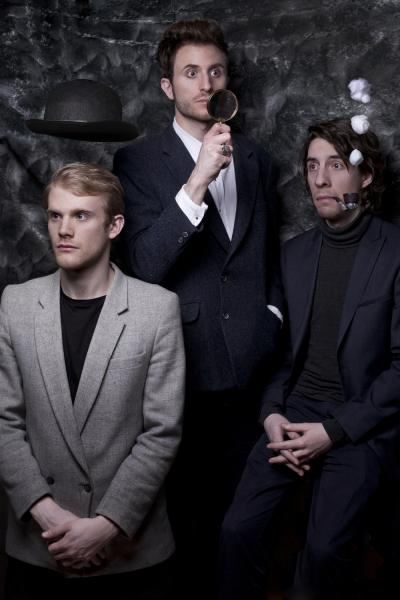 1 Fiction (UK); 2 Fiction (Japanese); 3 Fiction (Belgian); 4 Fiction (Netherlands); 5 Fiction (USA); 6 Fiction (Czech); 7 Fiction (USA); 8 Fiction (Australia); 9 Fiction (Germany)
---
1) Fiction (UK): Fiction are a three-piece from London who make awkward and cerebral pop music. Since forming they have supported Warpaint and Klaxons on their nationwide tours, and are currently working on their debut album.
http://www.myspace.com/fictionlondon
2) Fiction (Japanese): Originally formed in Nagoya, they were called Gille’ Loves. After struggling almost for a decade to gain recognition, they moved to Tokyo and changed their name to Fiction. The reason for the name change is said to be because many fans took the dark gothic but sensual world created through their music too seriously. In response, the band claimed that everything is just ‘fiction’. Fiction was largely influenced by numerous 80s new wave British bands such as Bauhaus and Joy Division. All of their records (whether on CDs, cassette tapes, or VHS videos) are of very low production value, reflecting the lack of budget and the struggles the band went through in order to produce them. Despite this, Fiction has created a very raw, emotional and sensual sound that defines them from other goth rock music.
After Fiction disbanded. Vocalist, Lucifer Luscious Violenoue continued to pursue a solo career. Gardie joined Lipstick Killers, but nothing further is known about Sylvian Ashworrth.
3) Fiction (Belgian): Fiction was also a local Belgian band who played in the vicinity of Ghent. They had one album, Broke Down Forgotten Things, but split pretty quickly. A few members then formed a new band, Nina.
Fiction was:
Stijn Coene - vocals and rythm guitars
Nickias Van Damme - lead guitars and bass
Jan De Wulf - Piano and Synths
Cor Van damme - Drums and Percussion
4) Fiction (Netherlands): Fiction was one of the aliases of the production trio Ad de Feijter, Ardy Beesemer and Eric Smidt, better known as Sequencial or EQ-Lazer. Under this alias they produced more downtempo club house, as opposed to the acid released under the Sequencial moniker.
5) Fiction (USA): http://www.myspace.com/cantrememberthewords is a experimental pop band from Austin, Texas formed in 2005.
The group utilizes a palette of traditional rock instrumentation and experimental elements such as strings,
synthesizers, multi-part harmonies, electronic beats, live looping/sampling, and flute.
They have one self released EP - “You Will Never” available as of October 2007.
6) Fiction (Czech): Fiction alternative band by Milan Hlavsa and Dušan Vozáry, formed in 1994 in NY.
Fiction:
Jitka Charvátová - vocals
Jiří Březina - guitar electric&acoustic
Milan Hlavsa - bass guitar, vocals
Dušan Vozáry - synthesizers and samplers
Jan Vozáry - drums, percussions, samplers
Albums:
Fiction (1994)
A Tribute to Velvet Underground (1996)
http://www.youtube.com/results?search_query=fiction+hlavsa&search=Search
7) Fiction (USA): A fusion band from Portland, Oregon that sounds like Mahavishnu (indeed - pay attention to the violin… it’s very cool!) crossed with instrumental Rush with a dash of King Crimson. Fiction was together from 1998 to 2003 with some line-up changes, though the core group of bassist, drummer and guitarist was consistent throughout that time. This is their only official CD. The drummer (me) has continued to make music in this vein with a band called Graxxus, though we have not yet released a CD with our present line-up, which is identical to the one below in terms of instrumentation. Check out our myspace page for full song samples, though. Listed here is the lineup that recorded Loose Translation and the compositional credits for each song. I’m glad someone out there likes what we were doing. (Brian Christopher).
Ryan Thomas ~ electric basses, keyboards
Brian Christopher ~ drums, percussives
Kevin Ertel ~ electric & acoustic guitars
Brian Eliason ~ electric & acoustic violins
Bret Malmquist ~ additional electric guitars
8) Fiction (Australia): A 6 piece rock band from Brisbane that started in early 2008 following years of talking about making a band between friends. Our music is diverse and spans different genres including pop-rock, alternative rock and often includes elements of classical music. Our influences are vast ranging from classic rock bands of the 1960s, and 70s, to more recent commercial and alternative music. Most importantly we love to play live as well as write new material. For better or worse, we record, mix, and master all of our music ourselves in an empty bedroom in the Lomas house.
Jon Lomas - Lead Vocals
Taylan Gurgenci - Drums
Duncan Lomas - Lead Guitar
Brian Lee - Rhythm Guitar
Al McAndrew- Bass
Ewan McAndrew - Keyboard
http://www.myspace.com/fictionhome
9) Fiction (Germany): Neue Deutsche Welle band that released one cassette; Some Acts Of Political Education in the 80's.