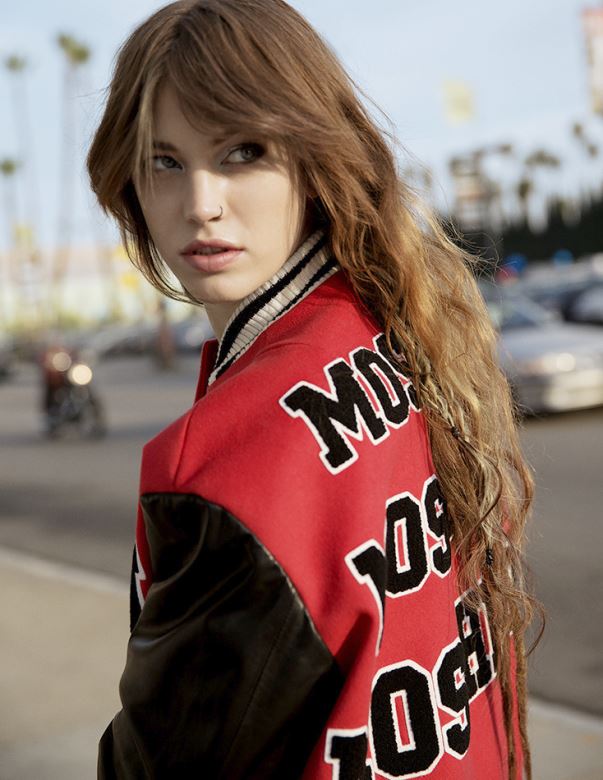 Ellinor Olovsdotter, known by her stage name Elliphant, is a Swedish pop artist. Her unique sound has been likened to a cross between M.I.A. and Diplo. The artist name Elliphant, was said to be a play on words between her name and the saying "Elephant in the room." She has featured in the media for her unique sound, including The Guardian and NME. Her debut single Tekkno Scene featured on the award winning video game, FIFA 13. In 2013 she released her first EP, which was self-titled. In 2014 this was followed up with her debut album, titled A Good Idea.
Elliphant was born in Stockholm, Sweden. At a young age she was introduced to travelling by her grandma, who took her to India at the age of 16. Following her journey to India, she decided to begin travelling the world. She stated in an interview that she had again spent time in India and also Burma.Her travelling allowed her to spend a summer travelling across the UK. She was heavily influenced by the urban sound when in London. One her return to Stockholm, she is said to have developed skills as an MC.
Her career began with the release of her debut single Tekkno Scene in 2012. The track featured Adam Kanyama, and was positively received. The music video for the song was uploaded on Elliphant's YouTube Channel in April 2014. Following the release of the song, it went onto feature on the award winning soccer video game, FIFA 13. Following the release of the song, it was likened by some to have a similar feel to a M.I.A. track.
Following the release of her first single, Elliphant released the track Down on Life, with the Official Music Video featuring in December 2012 on Pitchfork's YouTube channel. The music video went onto secure over 1 million views on the channel. The success of the song was recognised by many, with Katy Perry tweeting that it was "of the most bad ass music videos I've seen in a long time".
Pitchfork said the song showed off "a faint smidge of softness", when compared to her first two singles, Tekkno Scene and Ciant Hear it. During the same article, it was announced that she would be releasing her first EP, which would be self-titled. It was also stated that she shared the same management and production as Icona Pop and Niki and the Dove. Collectively they have been said to be a shift towards Swedish Electro Pop.
In January 2013, she released her first EP, which was titled Elliphant. The debut EP featured four sings and a remix, including her the tracks Ciant Hear It and Down on Life. The remaining tracks were two new songs, Make it Juicy and In the Jungle, with the EP's fifth track coming in the form of a remix of the In the Jungle track. The two new tracks were positively received on Elliphant's YouTube channel.
Following the release of her first EP, she featured in a short interview with Idolator, stating she was signed by Dr. Luke's label and that her upcoming Swedish album would be called A Good Idea. In the summer of 2013, Elliphant stated that she had worked in the studio with Skrillex in Stockholm. During the same interview, she also stated that one of the main reasons she worked with Diplo, was because of the track Down on Life.
In July 2013, Elliphant released a music video for the track, Music is Life. The song would go on to feature on her debut album. On 9 October 2013, she released her debut album in her native Sweden, titled A Good Idea.[17] The album featured a number of artists and producers, including Niki & the Dove. A Good Idea also featured the hit Down on Life, which had appeared on her debut EP. The album also featured the track, More Fire. In early 2014, the track had received recognition as it was the first collaboration between herself and fellow Swedish artist, Niki & The Dove.