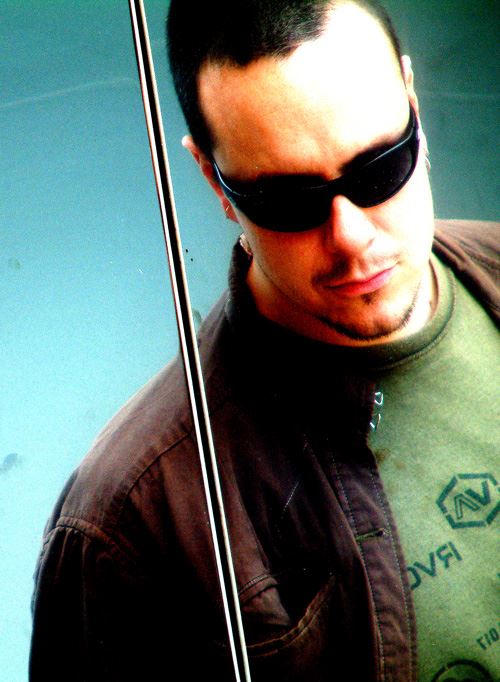 Simon Shackleton’s Elite Force project began way back in 1996, debuting on his own newly founded Fused and Bruised label with a series of peerless 12s and remixes. After a successful five years,he put Fused and Bruised on the backburner to concentrate on production work, and following several years with Whole9Yards and Moonshine he became a mainstay recording artist for Adrift Recordings (formally known as Kingsize Records) before moving on to set up his own hugely successful U&A imprint.
Often credited for being a lynchpin in the developing the tech-funk genre (an amalgamation of breaks, house, techno and electro) he has released a series of highly successful singles in the past few years, finding broad support from DJs and musicians across the board, including the likes of James Zabiela, Sasha, Crystal Method, Laurent Garnier and Fatboy Slim to name but five. In 2008 released a semi-retrospective double album’s worth of remixes and re-workings of a 12-year back catalogue, with over 25 mixes coming from such luminaries as Miles Dyson, Rogue Element, Deepgroove, Dylan Rhymes & Calvertron.
In addition to these solo singles, Meat Katie has been a regular collaborator with Elite Force, a relationship that had begun in 2003 with the massive-selling 'Toba', and that will see their creative relationship come to fruition in 2009 with the launch of their new joint project under the name ‘Dustbowl’, as well as a series of singles under the ‘Meat Katie & Elite Force’ banner.
As a remixer, Elite Force has always been in huge demand, with re-workings for the likes of Grandmaster Flash, Crystal Method, Jungle Brothers, Stereo MCs, UNKLE, Infusion, Rennie Pilgrem, Shiloh and Dylan Rhymes all contributing to his reputation as one of the most creative and effective remixers around.
Elite Force's music has also been the soundtrack to many a movie, with a huge list of impressive A-list credits to his name, including the likes of the Matrix, Charlie's Angels, Arlington Road, Mortal Kombat, Crow, The Bone Collector, The Jackyll, Spiderman 2 and his music has appeared on a wide array of TV shows, from CSI to Top Gear, from Football Focus to LA Doctors. He's also soundtracked a number of computer games, including no fewer than 5 FIFA games, several of the Wipeout series, The Matrix and Motorstorm 1, and he is currently writing some bespoke music for forthcoming games for Ferrari and Motorstorm2.
On the decks, Elite Force has been a prime mover since 1990 when he cut his teeth playing huge student nights and self-promoted acid house nights in the South West of England, before moving up to London and ultimately gravitating towards his tech-funk style, with which he now has a full diary of global bookings. He has become known as one of the top technicians on a circuit that has included massive shows in Belarus, Hungary, Australia, Italy, USA, Czech Republic, India, Turkey, Spain, Japan, Georgia, Ukraine, Kazakhstan, and China, amongst others, as well as numerous festival slots including Glastonbury, Coachella, Bloom, Wickerman and the Glade.
He was also responsible for the hugely influential Strongarm Sessions webcasts which became something of an institution since their inception back in 2001, receiving as they did around 20,000 downloads per show, but now put on the backburner to concentrate on other projects, such as his own blog (Techfunkmanifesto) and his other musical projects, such as Dustbowl and Zodiac Cartel.
LINKS
Elite Force Space : http://www.myspace.com/shackforce
Tech Funk Forum : http://www.strongarmsessions.co.uk/techfunk
Twitter : http://twitter.com/eliteforce
Strongarm Sessions : http://www.strongarmsessions.co.uk
Tech Funk Manifesto : http://www.techfunkmanifesto.blogspot.com
Facebook : http://www.facebook.com/pages/Elite-Force/13109361137?created
Elite Force Press Shots : http://www.strongarmsessions.co.uk/press
Discogs.com : http://www.discogs.com/artist/Elite+Force
Elite Force iLike : http://www.ilike.com/artist/Elite+Force/
Youtube Channel : http://www.youtube.com/user/djeliteforce