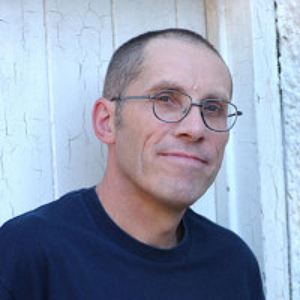 Bob Jones career in the music business started in May 1967, he secured a DJing job at his local youth centre and gained his first 'club' appearance in 1971. His music policy was, as it is now, the highest quality black music, featuring soul, dance and jazz, and he has been recognised worldwide as one of the first DJs ever to play jazz to a dance floor as early as 1971. In 1979 he was instrumental in DJing at the world's first ever soul and jazz Dance Weekender at Caister in Norfolk, England, and went on to play at 24 Caisters
He has played in numerous clubs and venues across England, Europe and the world. In 1981 he played on the pirate radio stations in Essex and London, and quickly gained a reputation for playing quality black music and was asked to join Blues & Soul magazine as their jazz correspondent in 1983. In 1987, Dr Bob DJed at the first Southport Dance Weekender, started by Northern club promoter Alex Lowes. This event has gained full respect from the music industry worldwide and now in it's 20th year with Dr. Bob Jones being a resident member of it's DJ team. He also played at the famous Monday night Jazz Sessions at London's Wag Club alongside Gilles Peterson, Kevin Beadle and Sylvester.
In 1990 he was approached by the American music giant Motown Records, to remix and additionally produce a record by The Temptations. The result was a credible dance record and an international hit 'The Joneses'. The rhythm track to the 'Joneses' has been used by the artists known as 'Jazzy Jeff and Fresh Prince', and Bob is now credited as a co-writer of 'Boom - Shake the Room', this reached No 1 in over 14 countries. He was also instrumental in giving Coldcut the idea to record Yazz's No 1 Record 'The Only Way is Up', which sold 6 million copies and became the biggest selling single at the time

Since then Bob has produced over 30 different artists including Terry Callier, Al Green, Daryl Hall, Snowboy, East West Connection, Swing Out Sister, Izit, Squeeze, and Bobby Womack. He has also given his expertise on the history of black music consulting and starring in Lenny Henry's 'New Soul Nation' on Channel 4 and was Music Consultant to BBC 2's 'Late Show' on The British Black Music Industry, and has just completed a film treatment for'A History of UK Black Music'. Jones was one of the founder members of The British Rhythm & Blues Association - the BRBA.
In October 1993, Bob started his own club night called 'The Surgery' in London's West End and every Saturday for 2 years the club was full, winning an award reconising it's status as 'Best Soul Club in the UK'. In December 1995 he opened a successful soulful dance night at the Bluenote club in London's Hoxton Square. The night is called 'LIFT' and has been given top marks by the music media and critics. It features some of the UK's top underground DJs like Harvey, The Idjut Boys, Harri, Glenn Gunner and Phil Asher and has contributed to Bob winning 'Best British Club DJ' for 95, 96, & 97. In July 1996 he was asked to play at Universe's Tribal Gathering - a massive dance attracting over 30.000 clubbers. He accepted and appeared at the same event again in May 1997. He also appeared at 'Universe','Creamfields' and 'V98' Festivals in 1998, and is a regular DJ for the 'Bud Ice Bus'.
Over the last 20 years,he has compiled albums and written sleeve notes for various major labels in the field of black music, including Sony/Epic in Japan after a 10 day tour there in 1994. Bob has compiled a '90's Soul LP' for Beechwood Music - the company responsible for the highly successful Mastercuts LP series (normal sales are 40,000+) - and also an anthology album entitled 'Stop and Listen Volume 1' (Barely Breaking Even Records). This was released to celebrate Bob's amazing 30 years as a DJ in May 1997. Jones put together the immensely successful 'Soul Spectrum and Jazz Spectrum LP's' for the Barely Breaking Even imprint and compiled the 'Inspirational Dance' LP for Slip 'n' Slide Records which was out in the summer of 1999. It's all this and more that has earned him the reputation of being one of the world's leading authorities on the subject of black music
It was a natural progression for Bob Jones to form his own record label - Black on Black Records - and to build a credible catalogue of high quality Black Music primarily using British singers, songwriters,and musicians. The label, started in October 1993 has released 14 singles all of which have been licensed to 3rd party record labels for inclusion on various artists albums for release in Europe and the rest of the world. One of the artists Camelle Hinds to JVC in Japan, with the release of 1 single and an album in Japan, last year. Also The Jaziac Sunflowers are now recording as Aquasky with Moving Shadow, and The Hightower Set for Passenger.
In October 1996 Bob Jones returned to studio production completing a project under the alias of 'Universal Jones' with lifetime friend and record producer Ashley Beedle, released to much acclaim on Ashley's Afro Art label, and in February 1997 finished another dance project 'East West Connection' with another DJ friend - 'Lofty' , and recorded a credible cover of Teddy Pendergrass soul classic 'The More I Get The More I Want' for Chilli Funk Records for release in June /97. His 30 year Anniversary as a DJ was celebrated at London's Bluenote on May 31st 1997 with an eclectic DJ lineup including Snowboy and Kevin Beadle, and Ben & Pete (Barely Breakin Even)
Making a conscious decision in the latter part of 97 to continue as a Record Producer, Bob has teamed up with longtime colleague Lofty from Chilli FunkRecords , www.chillifunk.com and Flying Records-London and is at present recording and producing as East West Connection, & Raw Cuts as well as DJing at his club nights - 'Lift' & 'True Spirit' and DJed with Terry Callier on his 1998/99 acclaimed UK tours. Dr Bob & Lofty have written a tune with Terry Callier.......to be featured on the 2nd East West Connection album.
Dr. Bob is DJing all over the world, and makes regular appearances in Russia, Eireland, Finland, Germany, Sweden and Norway as well as Chilli Funk Parties in the UK. He completed a 6 day tour of Sweden to help launch the album 'A Collection of Fusion Soul Classics' for Disco Stockholms' 'Fusion' club. He has recorded and produced projects for Chilli Funk, the second Album for East West Connection. Released 2 x Various Artists compilation called 'TRUE SPIRIT Vol 1 & 2 ' including tracks from Sfere, Guidance & Large Records (USA), File (Japan), Lumi (Finland) and Estereo (UK
In 2005 Bob DJ'd at The Big Chill (UK) and Elektrik Picnic (Dublin) Festivals, and has made regular appearances at The Sunday Sessions @ The Big Chill Bar in Londons Brick Lane and The Chill House, in Kings Cross London. In 2006 Dr Bob embarked on a UK & European Tour to celebrate 10 years of Chilli Funk Records.
Apart from his producing, recording, record label and DJing activities, Dr Bob Jones is now a Soulful Dance correspondent for Soul specialist magazine 'MANIFESTO', and regularly contributes articles for and 'FAITH' fanzine. He is currently writing a book on his 40 years in the music business. In May 2007, Bob celebrates 40 years spinning Quality Black Music to the masses worldwide.