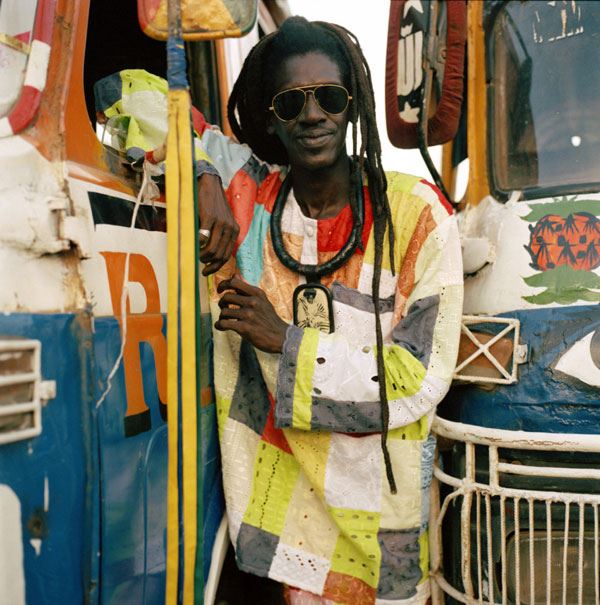 Mbalax, the intricate dance music of Senegal, has been made more accessible to Western listeners by Cheikh Lô (born Cheikh N'Digel Lô). Softening the hard edges of mbalax and incorporating elements of salsa, Zairian/Congolese rhumba, folk, and jazz, Lô has created an infectious, hook-laden style of pop music. While Roots World described Lô's musical approach by writing "complemented by the acoustic guitar, exploding tama, and free-falling electric bass, Lô's voice has a rounded sweetness with poetic hills and valleys," Real Groove Magazine explained, "with its enigmatic complexity and so non 4/4 beat, mbalax has had difficulty outside West Africa. Where even N'Dour's overdone attempts to counter this problem have failed, [Lô] has succeeded. His acoustic approach gives a magic mbalax music that my friends can appreciate." Cora Correction, also with a similar view, wrote, "West Africa has produced the continent's most powerful singers and Lô easily earns a high position in the pantheon."
The son of a successful jeweler, Lô was born in Bobo-Dioulasso, a small village near Senegal's border with Mali. He grew up speaking Bambara, Wolof, and French. As a youngster, he became fascinated with music and taught himself to play drums and guitar. In 1976, he accepted an invitation to join a local group, Orchestra Volta Jazz, as a percussionist. He remained with the band until moving to the capital city of Dakar in 1980.
Lô quickly became involved with the music scene of Dakar. After a three-year stint as drummer for progressive vocalist Ouza, he joined the house band at the Hotel Savana in 1984. Although he performed with the group for a little over a year, the experience exposed him to a global range of pop influences.
Emigrating to France in 1985, Lô found work as a session drummer in Paris. Soon afterward, he purchased his first guitar and began writing songs. Although he formed a band with Ivoirean and French musicians and began working on an album in 1987, the group separated before its completion. Lô's debut solo album, Doxandeme (Immigrants), was released as a cassette in 1990. Despite receiving a Nouveau Talent award, the album fell short of Lô's artistic expectations. Although he began working on a second album, he became disenchanted and canceled the project. For the next four years, he maintained a low profile.
In 1995, Lô convinced Youssou N'Dour, whom he met in 1989 while playing on an album by traditional Wolof griot singer N'diaga M'baye, to produce an album for him. The resulting album, Ne La Thiass, was released on N'Dour's label, Jololi, shortly before Lô joined the multi-artist Jololi Revue tour in November 1996. Lô continued to promote the album during a European tour with his own eight-piece band, N'Diguel, in April 1997. The same year, Lô received Best Newcomer and Kora All-American awards in South Africa. Lô continued to expand his following to the United States as a featured performer with Africa Fete in 1998. The following year, he received the Ordre National de Merite de Leon from the president of Senegal. In 2000, he returned to recording with the release of Bambay Gueej. The title means "bamba, ocean of peace," and was co-produced by Nick Gold and Youssou N'Dour. Lamp Fall appeared in 2006 from Nonesuch Records. ~ Craig Harris, All Music Guide