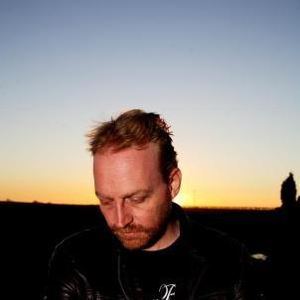 Boo Hewerdine (b. 1961, London) is an English singer-songwriter. His work includes lead singer and creative force behind The Bible, formed in the 1980s, and reformed in 1994, as well as solo recordings and work for film. He lives in Ely.
Hewerdine (born Mark Hewerdine) moved to Cambridge as a child, but returned to London in his late teens, and worked in a record shop. Suffering from agoraphobia, it was not a happy time of his life, and he was fired from his job after being wrongly accused of theft. Returning to Cambridge, he teamed up with a friend with similar experiences and started to write songs. They formed the short-lived Placebo Thing, later renamed The Great Divide. They were heard by Mike Scott of The Waterboys, who recommended them to Ensign Records, where they cut two commercially unsuccessful singles. In 1985 Hewerdine, working once again in a record shop in Cambridge, formed The Bible, recruiting jazz drummer Tony Shepherd. They released an album of songs through the independent Norwich label Backs Records called Walking The Ghost Back Home.
The Bible became a fairly successful independent band, with a cult following spread mostly through word of mouth and live performances. Two tracks from the first album, Graceland and Mahalia were released as singles, but did not achieve very significant sales. The album however was very well received by music pundits, and this brought the band to the attention of Chrysalis Records. Signing to Chrysalis, Graceland and another track, Honey Be Good were (re)released as singles, and reached the lower end of the UK singles chart. A new album, Eureka followed, but failed commercially. In 1988, Hewerdine decided to leave the group and pursue solo projects. Calum MacColl and Neill MacColl from the group went on to form Liberty Horses.
At around this time Hewerdine met US "new country" singer Darden Smith, and this set him off in a new direction. Working together, he and Smith released a collaborative album, Evidence. Hewerdine also worked simultaneously on new solo songs, largely based on his earlier traumatic experiences in London. Eventually these were distilled down to produce the Ignorance album, released in 1992. Invited by Tori Amos to play support promoting these songs, Hewerdine managed to find a new audience and Ignorance and a single from the album, History, did relatively well commercially.
As Hewerdine's star rose, he started to write for other artists, among them Eddi Reader, Clive Gregson and Christine Collister. The Bible reformed for a tour in 1994. Further solo album releases followed, such as 1996's Baptist Hospital and 1999's Thanksgiving. Meanwhile Hewerdine was asked by long-time friend Nick Hornby to contribute music to the soundtrack for the movie version of his book High Fidelity, whose subject (working in a record shop) was also very close to Hewerdine's experiences.
Hewerdine continues to write and perform his own songs. Harmonograph, released on MVine/Red Grape Records in February 2006, is a collection of his songs written for other artists such as Eddi Reader and Hepburn, recorded by Hewerdine for the first time. 2008 saw two mini CD releases - Toy Box 1 and Toy Box 2 with art work by Hewerdine's grandmother. Hewerdine continues to tour regularly, playing a set featuring songs from through out his career from The Bible to Toy Box.