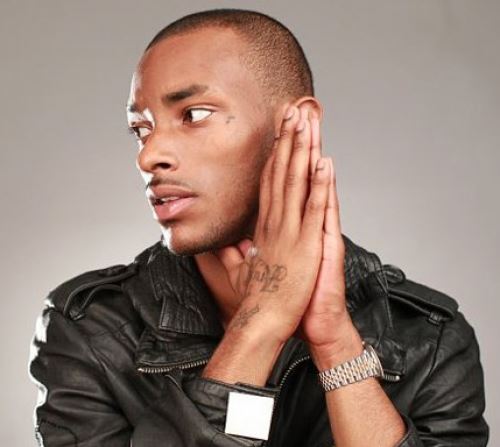 The name Angel is used by at least 17 bands/artists:
1. Angel were discovered by Kiss bassist Gene Simmons who secured them a deal with Casablanca Records in 1975. The original members of the band were Barry Brandt on drums, "Punky" Meadows on guitar, Frank DiMino on vocals, Greg Giuffria on keyboards and Mickey Jones on bass. Their self-titled debut album, released in 1975, was an excellent bit of heavy pomp rock, and their l yrics dealt with battles and events in history. They developed an exciting stage concept which was based on the pure colour of white with various illusions and effects and this won them many fans. Their second album, "Helluva Band", released in 1976, featured one of their best tracks, the lengthy "The Fortune". "Tower" was most notable as one of their few tunes to grace the air waves. Our featured album saw Angel adopt a more pop/rock sound and introduced a novel logo which read identically when upside down. Micky Jones was later replaced by Felix Robinson and featured on the follow-up album, "White Hot", also released in 1977. In 1979, Angel were involved in the movie "Foxes" with Cherie Currie , but were later dropped by Casabalanca because of lack of sales. The group split in 1980 after the "Live without a net album", with Giuffria forming his own outfit with guitarist Craig Goldy, bassist Chuch Wright and drummer Alan Krigger. Giuffria also later featured in House of Lords.
Angel reformed in the late nineties with two original members: Barry Brandt and Frank DiMino. A new album, "In the Beginning", was released in 1999. The album included contributions from various musicians as well guest appearances by Punky Meadows and Felix Robinson. Since then Angel has continued to tour and has been invited to perform at several major festivals including Sweden Rock and Bang Your Head. The current lineup includes: Frank DiMino, Barry Brandt, guitarist Steve Blaze (Lillian Axe/Near Life Experience), keyboardist Michael T. Ross (Lita Ford/Hardline) and bassist Randy Gregg (Thin Lizzy/Lauren Harris).
In 2008 Lovember Records reissued “On Earth As It Is In Heaven” as a Limited Edition. The album has been digitally remastered and includes a 16-page booklet with liner notes by journalist Dave Reynolds (Classic Rock Magazine/Kerrang), a track-by-track run down by singer Frank DiMino, all lyrics and unreleased photos.
2. Angel, is a British born Grenadian Bangladeshi singer/songwriter, rapper and record producer from West London, England. His debut single "Go In, Go Hard", featuring vocals from English rapper Wretch 32, was released on 18 March 2012. The song reached number 41 on the UK Singles Chart. The following single, "Wonderful", performed better commercially, peaking at number nine on the UK Singles chart and topping the UK R&B Chart.
3. Angel, the new band of Helena Iren Michaelsen (previously in Trail Of Tears and Imperia), is a journey through different music styles combined with deep emotional lyrics. Formed in 2005. One album released in 2005 titled A Woman's Diary - Chapter 1
Line up:
Helena Iren Michaelsen - vocals and choirs
Jan "Örkki" Yrlund - guitar and programming
John Stam - guitar
Gerry Verstreken - bass
Steve Wolz - drums
Audun Gronnestad - orchestrations
4. Angel is an AC/DC tribute band from Plovdiv, Bulgaria
5. Angel is Ilpo Väisänen (Pan Sonic), Hildur Guðnadóttir (Lost In Hildurness) and Dirk Dresselhaus (Schneider TM). Angel was originally formed as the duo of Väisänen and Dresselhaus in 1999, releasing two live albums: in 2002 an eponymously-titled album on the French Bip_Hop label and in 2006 a recording of a drone piece played at the Club Transmediale Festival in Berlin in 2005. Kalmukia their latest album, is a vast epic, sprawling through guitar riffs spanning deep electronic canyons overlooked by a melancholic grey sky. A journey leading to discovery and a final mutation. All players delicately playing off each other, creating a mesmerizing work that sounds like nothing they have done before yet still retaining the audio signatures they have become known for.
6. A Greek DJ named Vangelis Sygouris uses this name as his DJ alias
7. The British alternative rock band Reuben originally played under the name Angel.
8. Angel Marie Faith (born January 8, 1988) is a singer from Burbank, California. At age thirteen, she joined the girl group No Secrets, in which she was the group's primary vocalist. Shortly after No Secrets released their self-titled debut album in 2002 Angel left the group to pursue a solo career.
Angel signed with Midas Records and released her debut album, Believe in Angels... Believe in Me in 2004, which featured the lead single "That's Just the Way I Am." Noted production team the Matrix collaborated in this effort. Later that year, she released a short holiday-themed collection entitled Gift from an Angel.
Angel's has also launched a clothing line, Curfew.
9. A British glam rock band, who released a few singles in the mid-70s. Mentored by Andy Scott from Sweet.
10. chilean Metalcore / Emo Metal band, 2003 - 2005
11. Angel is the pseudonym used by Virtual Hell during their early work (03-07), before the release of New Psyentist reformed the style.
12. A Romanian pop singer. (2002-2004)
13. A Latino U.S. based pop singer who was signed to a division of Atlantic Records in the early 1990's. He had one big dance hit, "Your Love Just Ain't Right", and it received some airplay on MTV as well.
14. ANGEL is a subproject of Japanese singer and voice actress 丹下桜 (Sakura Tange).
15. Sirach Charles is a singer-songwriter and multi-instrumentalist from Shepherds Bush, West London, who records under the name of Angel. The Wonderful Songfacts states that his music career started at the age of 10 when he formed a band with his brothers and sisters called 'The Charles Family.' Signed to London Records/Warner, and groomed by their Reggae session musician father, the siblings toured schools, often playing two a day. After several years, Angel deciding to go his own way and he released his first mixtape Patience is a Virtue in 2010.
16. Angel is a house/dance singer.
17. Angel (Angelika Mierzwa) is a Polish industrial hardcore producer and DJ.