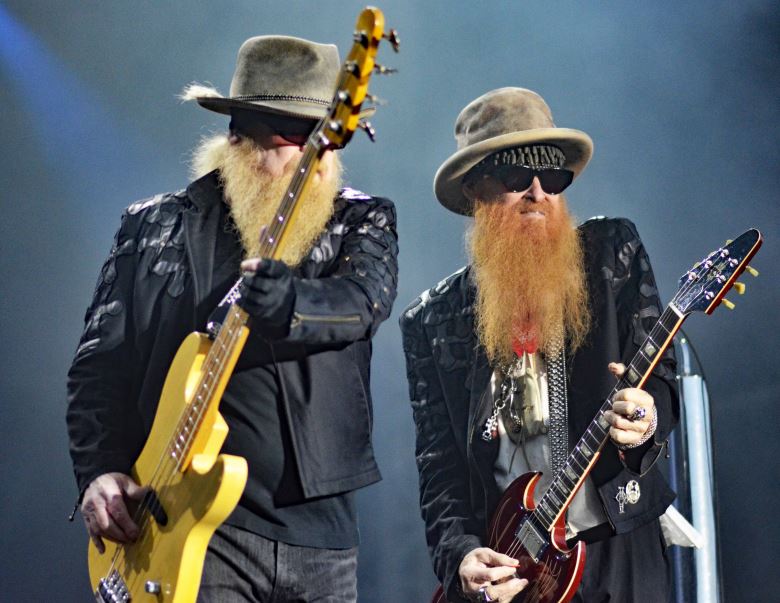 This years Watchet festival line up looked like a dead cert to be an advance tickets sell out, and come opening time, just a few hundred tickets, which had been held back for the gate, were all that remained.

Watchet festival has over the 9 years it has been running, slowly found its own identity and matured into one of the best places to spend your august bank holiday, and this year, with headline sets by The Boomtown Rats, The Selector, and Big Country, even the British festival weather wasn’t going to stop this one being the best yet.

Having had torrential rain for the first half the week, things were looking a bit bleak for a mud free weekend, but as usual, perched up on a hill, looking out across the stunning coastal backdrop has its advantages, because by lunchtime Friday, the water had drained away, the sea breeze had dried the pitch, and it was game on for the campers who were cramming themselves in ready for a weekend of balls out fun.

Dr and the Medics really cranked up the fun, early on Friday night with their guaranteed to make you smile, cheese-tastic set of classic tunes and theatre, with a sci-fi, Dalek infested, tongue firmly in cheek edge to the whole performance, but let it not be said that this isn’t a superbly honed group of musicians.

An excellent set by 80s big timers The Blow Monkeys displayed some superb song writing, and great musicianship, although, I felt, following on from Dr and the Medics they struggled to capture a ready to dance audiences imagination from an entertainment point of view.

The Selector soon put the spring back into the crowds step, which is not surprising, given their back catalogue contains some of the most upbeat and danceable music known to man. Superbly tight and still in fine voice, they rocked and skanked the festival right up to bed time with classics like 3 minute hero, on my radio and too much pressure.

All 3 stages were putting on a weekend of music to remember, and realistically it was impossible to see half of it, but I honestly can’t remember seeing a single act that wasn’t deserving of a place at the festival, at times some were well deserving of a better stage than the one they were on. One such occurrence was put right when Sunday afternoons dose of European Gypsy folk was cancelled due to the non arrival of Barberellas Bang Bang, and the Barsteward sons of Val Doonican stepped swiftly up to the main stage, Banging out Barnsley based ballads in front of an absolutely rammed main stage seemed to encourage the mop topped tank toppers to up the anti, and the noise from the audience at the end of every song was not only deafening, but also proof that they deserve the reputation they have earned as one of the festival scenes hottest bookings.

Opening the main stage on Saturday was the James Clode band, who stunned most of the people who had managed to be up by the crack of noon, and amble down to the site. With an age range as wide as their influences, superbly crafted songs and a sound as tight as a ducks proverbial, the main comments I heard was “why aren’t they on later in the day?”

Another band who I felt more than deserved a later spot was the Blue Horizon, these boys had come down the coast from Weston-Super-Mare, technically brilliant, great vocals, with an all killer no filler set of up tempo rocking blues. I will definitely be checking their gig diary.

Following the Aces, were one of my favourites Tankus the Henge, Tankus were at Watchet last year, but from memory, another band that you felt should have been saved till later, and this was not only later, but it was dark, the stage lights lit up the smoke pouring out of front man Jaz Delorean`s piano, and created the perfect setting to witness one of the most visual displays you are likely to chance across without an artic full of special effects, as well as being such a perfect warm up act for Saturday headliners, and most hotly anticipated act I have ever seen at Watchet, The Boomtown Rats.

The usual crazy rumours had started early this year, and the one that said Bob Geldolf was not in the line up seemed to be the most popular, but that was quickly put to rest when he strutted out onto the stage, with purposeful menace in his eyes and the waiting was over.

Known around the world for Live aid, breakfast TV, his personal tragedies, and one song, he is possibly one of the most iconic figures of my generation, so I guess its easy to forget that in the beginning he was a rocker, and with a long list of top ten singles to choose from including 2 number ones, you could almost see the satisfaction on his face as the band pummelled out hit after hit, from Banana republic, like clockwork, she’s so modern and rat trap to the song that will keep him in snakeskin suits for the rest of his life, I don’t like Mondays. Even though ive seen the band before, I still felt a tingle of disbelief that I was stood just a few feet in front of him, love him or hate him, as seems to be the way, I don’t think anyone expected the raw energy he was putting into the performance, the band sounded great, and Sir Bob was on form, including the not surprising flurries of colourful language between songs. Bob Geldolf has his fair share of people ready to knock him, funnily enough it always seems to be the outspoken that dislike his outspokenness, but I think this was an amazing booking for the festival, and probably attracted more people in than any single act before at Watchet.

There seemed to be more entertainment around the site than before, with fire poi displays, story telling, and a great idea called the Busk stop, where a bus would pick you up and take you into town to watch many of the festival performers doing a bonus set at Pebbles bar, this proved amazingly popular and the pub was rammed with punters all day, and I would imagine the local shops felt the benefit of the extra trade.

Sundays main stage line up began with the west Somerset brass band, who played soothing brass band versions of modern classics, interspersed with some of the worst jokes I had ever heard…this appealed to me.

The Something Else tea tent, which is a regular fixture at Watchet, has its own anarchic idea of what a festival is about, bringing together spontaneous collaborations between some of the best performers from around the festival site, here you find open mic slots, booked bands and artists, poetry, live interviews, cake and a warm drinks on a cold wet August night. Its grass roots and its dirty, but its real and its packed every night.

Sunday afternoon saw Watchet favourites the Wurzels bring their cider inspired wit and cheek to the main stage, still giving it 7.5% (ABV) after all these years, im always staggered at how many people gather to watch, sing along and swill the country’s favourite bevy, but they are still able to hit the spot with the best of them when I comes to entertaining a crowd, and I saw a group of excited teenagers waiting to have their pictures taken with them post gig, so maybe they’ll be here for a few more years yet!

John Otway and his old mate Wild Willy Barrett, famed for barmy live shows and that epic late 70s performance on the old grey whistle test of the song really free, were entertaining a reasonably full house at the udder stage, while multi instrumentalist, folk legend and easy on the eye Seth Lakeman and his band were showing that folk can be accessible to the masses.

The final act on the main stage was 80s Scots folk rockers Big Country. Originally formed in the post punk, new wave era, they have since gained a bit of a cult status and are regularly still played on the radio.

The rain hit Watchet hard for the first time of the weekend, and the crowd became visibly thinner immediately before the band arrived on stage. They started off a bit slowly, or at least for someone who isn’t massively familiar with anything but the singles, although as they warmed up, the rain stopped and the hits came out, people started dancing and singing along, and making comments like “isn’t Stuart Adamson looking well for his age”…… “that isn’t Stuart Adamson” I interjected, “ he’s been dead for 15 years”…. But they sounded great and put on a supremely confident display as they blasted out the hits that made them a very worthy headline act.

So in the end, with all the tickets sold, and the strongest line up at Watchet music festival so far, I think the organisers will be well chuffed with what happened this weekend. A very peaceful and friendly, family event, with a ticket price that certainly has me asking how they do it for the money.

Published on 02 September 2015 by insomniac jack