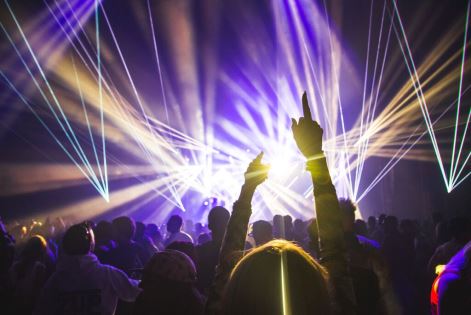 Having loved the launch of United Festival in 2014 and telling many of my friends about it, I was a bit worried that its return this year was not going to live up to the expectations … how wrong I was!

Arriving at Finsbury Park when the festival was in full swing, it was clear that this year still brought with it a mixed crowd with many party goers looking to reminisce with the variety of music on offer.  Unsurprising really as United was home to more than 150 acts over eight stages, for 11 hours on 13th September-  hosting music ranging from  Old Skool, House, UK Garage, Drum and Bass aswell as Trance and much more.

With the sunshine holding out for this end of summer festival, the atmosphere was definitely a positive one, encouraging a very friendly vibe and everyone to make the most of the music as well as the dancing. The crowd was diverse with many sporting  the traditional ‘festival’ painted faces aswell as more dramatic fancy dress costumes seen on ravers of all ages.

Being with a big group of House music lovers, a lot of my day was spent at the Promised Land stage, which was successful in mixing classic house tunes alongside some new sounds. This tent appeared to continue to draw big crowds all day reinforcing the growth of House music over the last decade.

In addition, to that stage it was clear that a few tents were busier than others, with the ‘Twice as Nice’ and ‘One Nation’ stages attracting a slightly younger crowd, particularly when well-known artists, such as Pied Piper and Brockie were playing.  As someone who sees herself as an original Garage girl, this stage was a welcomed escape to relive my youth with many old skool classics being played in sets throughout the day.

The Hardcore Mental Asylum stage appeared less attractive to the younger generation holding a more mature raving crowd most of the day. This stage definitely knew how to get the crowd raving, resulting in a high energy feeling continuously.

One of the personal highlights for me was at the main stage when the legend General Levy got the crowd going with his classic ‘Incredible’,dancing amongst a truly excited crowd left me just wanting more.

Finally, in addition to a great mix of music that was offer,something else that stood out at United was the laser shows particularly as the evening drew in. Some of these were so impressive that if I was not wearing wellies I could have quite easily forgotten I was raving in a field and thought I was inside one of the notorious rave venues in London.

All in all this festival created a party environment  for people of all ages, which could have easily compete with some of the best raves of last quarter century. If you weren't there – you definitely missed out. Roll on 2016 United Festival!

Published on 30 September 2015 by Wayne Feltham