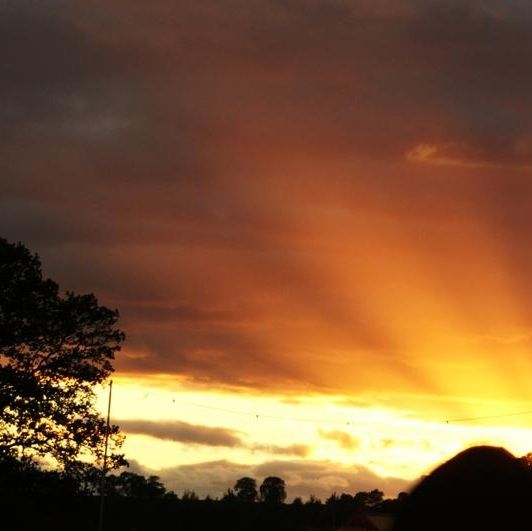 With thousands of excited festival goers prepared to be shocked, delighted and entertained, Shambala festival 2010 kicked off with a huge eco-friendly bang. It truly lived up to its name, full of fantasy, friendship and general silliness. What began in 1999 as a make shift stage using a farmers trailer and one porterloo, has now grown through only word of mouth into a spectacular and unique, non corporate wonderland. Powered by 100% renewable power, you can also enjoy Shambala with the satisfaction that you are helping the planet.

Festivals are steadily becoming more and more commercial and starting to imitate conventional life a little bit too much, with excessive advertising, branding and consumerism. Shambala takes the idea of a festival back to its roots, an alternative society, a utopia, where interacting with each other isn’t a hassle but a pleasure. Creating its own festival community, Shambala encourages its visitors to celebrate life and actively participate in the jubilation. At the core of Shambala is not the entertainment provided, but what the people make of it.

That doesn’t mean to say that the festival program in any way lacks effort. Full of variety and surprise, Shambala has something for everyone. Lovingly put together, the warmth of this family friendly festival can be felt throughout with a great amount of creativity and attention to detail. Families can make themselves at home in the safe haven of the kids area and family camp, set apart from the chaos of the stages and other campsites. The little people can socialise, enjoy workshops, sing-a-longs, campfire story telling and much, much more.

Elsewhere, the childish behaviour continues with a festival set-up that begs for uninhibited fun and mischievous exploration. Aside from the vast array of stages and bars, there’s plenty more to put rhythm into your day…and night, including, the enchanted forest, crazy golf, random workshops, circus performances, live graffiti, Dr Who’s Tardis, The Lost Picture show and The Compass House of Lunacy.

With heavy rainfall trying its best to dampen spirits and forecasts not looking good, festival organisers prepared to draw a halt to Thursday nights program and launch Shambala into full swing the following day. But, despite warnings, a determined crowd continued to show up ready to get the party started. Although many areas were unable to finish setting up due to the downfall, several went ahead and catered whatever they could for the soggy but excited crowd, one of the most popular being The Lost Picture Show. The vintage cinema setting, with its draped fabric, flickering chandeliers and popcorn aroma was an ideal location to kick off muddy wellies and chill out. Many crept in to take shelter from the rain but ended up getting all too comfortable on the velvet beds that spread across the entire floor. For others, Calipso bar offered the perfect opportunity for people to dance themselves dry and dream of hotter climates in this tropical themed bar.

Being woken by sun beams an our camp neighbors singing, was the perfect way to begin Friday at Shambala and our time to explore the rest of what it had to offer. What better way to start a festival than with some laughter yoga! Laughing in the face of a stranger is not something that I would normally find socially acceptable but as with the rest of Shambala, anything goes. And all boundaries were immediately dropped, resulting in a tent full of people lying on each others bellies, kicking their legs in the air and laughing to the point of exhaustion. The random workshops continued throughout the weekend with lessons in cock drawing, pant making and UV body painting being highlights. The dance and music workshops gave sounds and movements from around the globe to get everyone shimmying, shaking and most importantly…smiling.

Chai Wallahs renowned traveling festival venue did not disappoint, providing Shambala with delicious world cuisine and international rootsy rhythms, fusing hip-hop, reggae, dub and folk, Chai Wallahs was the ideal venue for both a daytime chill out and after hours rave. For the thrill seekers, with death defying circus and interactive games, followed by dirty dubstep and bubbling bass, the Kamikaze tent provided a more energetic program. The main Shambala stage served up treats from allover the globe, described as its strongest line up to date, its varied melodies drew in big crowds throughout the weekend. As the finishing point of the carnival parade, thousands of earth, fire, water and air enthused folk, danced their way over to the main stage for a mash-up of dub, ska, swing, funk and fun! The Ellie-mental themed parade encapsulated the vibe of the Shambala perfectly and the huge efforts made shone with appreciation for this fantastic festival.

As night time fell on Shambalas Sunday finale, fully aware that sunrise would bring the long trek back to reality, everyone embraced their last moments. Exhausted but still dancing, exhilarated with the feeling that thousands of like minded souls had come together to create another truly magical weekend…See you next year Shambala!

Published on 05 September 2010 by Ben Robinson