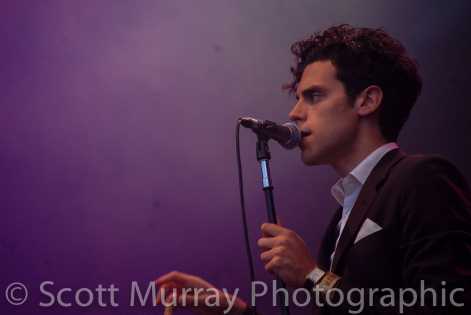 Located SLAP BANG in the middle of Manchester University’s beating heart, Platt Fields Park is once again the venue for its third annual weekender. Such a geographical location meant access to the site would never really pose any major problems for the majority of those attending the course of the weekend, which I thought was very impressive. Another aspect that impressed considerably was the sheer amount of entertainment that the organisers had managed to cram into one location, with seven circus style marquee tents (three of which were positively huge) the requisite main stage and as an added bonus for many, a silent disco complete with faux tree house for the DJ’s and their decks. In fact so much was there to see and do over the course of the weekend that it was only possible to view a fraction of what was on offer, so if anybody’s particular favourites don’t get a mention, well, one can only apologise.

Okay, having started with a couple of positives it’s time to highlight a couple of the negatives that unfortunately presented themselves. The first was nearly having my head taken clean off as I was making my way to the entrance by one of the security guards, who was gesticulating to one of his colleagues about god only knows what with all four of his limbs, a simple sorry would have sufficed. But instead he stood their glaring as though it was me who should have been hastily crafting some kind of fawning apology. Secondly, the walk into the main area at this juncture was one long, infuriating, rage-inducing bottle neck, which had us all sandwiched between a merchandising stall and a burger van. They alleviated this potential flash point a while later by opening a second entrance that allowed for easier foot traffic but still this really should have been a much better thought out approach to crowd control. The final factor on my gripe o’meter was the weather, ie “RAIN” Although the amount of unintentional hilarity that this helped create really couldn’t be undervalued. Several moments of inspirational slapstick were witnessed by myself and many others during the course of the day, namely at the expense of unfortunate festival goers who were trying their hardest to traverse the Somme-like conditions. This dreary deluge did nothing to dampen the spirits of the many punters however , though how much of this levity was inspired by good old fashioned British bulldog spirit and how much was alcohol and drug induced was debatable. Speaking of drugs I noticed when we arrived that security had the sniffer dogs out in force. It has to be said that these K-9 law enforcers didn’t seem to be doing a particularly effective job nor did they serve as any kind of sizeable deterrent. Certainly not from the amount of weed that my festival partner in crime, Scott, and I smelt that weekend. In fact we surmised that all you needed to do if you wanted to get wasted on the cheap was to just stand still and breathe in. Bearing this in mind we strode forth towards the main stage where we caught part of DJ Yoda’s set/ with the gathering crowd seemingly enjoying his own personal marrying of block rockin’ beats and bangin’choons.

It was not long after our arrival that the weather decided to take a turn for the biblical. Taking this as a sign we headed for what we believed to be the relative shelter of the Metroplex tent. A fools errand as it transpired and one in which the end result was the two of us stood right back where we had started covered in bruises. Feeling suitably dejected we decided to head for our only remaining sanctuary, the press tent or ‘bus’ rather as it turned out to be. It was during this journey that we realised just how invaluable the appropriate footwear was as the entire park by this point was one huge treacherous quagmire. Anything other than Wellingtons or good sturdy hiking boots was foolish which was highlighted to us when we witnessed one reveller pogo’ing up and down on the spot because the rain sodden mother earth had just claimed one of his precious Converse trainers as Her prize. Hasten to say we arrived at our goal, sat out the remainder of the cyclone and emerged back out, tentatively, into the day some twenty or so minutes later, no longer being able to resist the gravitational pull of the bar and checking out New York psych-soul electro rockers The Phenomenal Handclap Band in the process.

There was just enough time for a jaunt over to the Thrashe , Crosstown and Now Wave tents for a piece of the action in which we caught snippets of Martyn, Clive Henry and Django Django’s sets before braving the mud once more in order to witness 70’s disco legends Chic regaling the masses with crowd pleasers Le’Freak, Good Times, and I Want Your Love. Band member Nile Rodgers even found time to come over all Iggy Pop and encouraged several crowd members to join him on the stage (with one of those crowd members being former Smith’s axeman Johnny Marr earlier in the proceedings), before the decks meterphorically in this case were cleared so R&B neo-soul hip hopper Kelis could do her thing,. Unfortunately, her set was hampered with PA issues plus she was 15 minutes late which meant that her set was cut short. Following a short pause for reflection, Twickenham’s very own Noah And The Whale took to the stage and proceeded to do their damnedest to engage with their own brand of indie folk-rock. It was during this well polished but uninspiring set that I decided to brave the Metroplex tent once more in order to witness some of Zane Lowe’s excellent stint at the mixing decks, before returning to the main stage for Oklahoma space rockers The Flaming Lips who rounded off the evenings festivities with an explosion of light, colour and sound which featured confetti cannons, giant balloons, a bevy of dancing girls and a large inflatable Frog-man… thing? Rakish front man Wayne Coyne decided to steal the show by climbing into a large transparent plastic ball in order for him to go zorbing across the top of the crowd before returning to the stage to continue the musical odyssey, whilst firing off more confetti cannons, lighting flares and singing through a megaphone to tracks that included Worm Mountain and Yoshimi Battles The Pink Robots. Who says showmanship’s a dying art?! This, for me, was a wonderfully over the top and memorable way to bring the days proceedings to an end.

Sunday thankfully brought the sunshine with it which was sweet relief from the previous day’s washout. That said, one still required sturdy sensible footwear however as the ground beneath was still anything but dry. Access into the site was like the weather- more favourable too, a lesson learned from the day before perhaps. On arrival we took a trip up to the main stage area where Manchester based MC- Rappers Murkage seemed content. These boys form part of a bigger whole known as the Murkage Cartel which is a culturally diverse collective of DJ’s, musicians, film makers and the like who are garnering a substantial following, particularly amongst the North West’s student population. We then took to wandering around the site trying to absorb as much of the atmosphere as possible in the numerous tents which on this day were harbouring luminaries such as Jessie Ware, Ghost Poet, Dam Funk, Todd Edwards, Dot Rotten, DJ Zinc and Joy Orbison, before we both crashed under a tree to while away part of the afternoon by relaxing , people watching and generally putting the world to rights. It was here where we commented on the general vibe of the day which seemed much more sedate in comparison to some of the previous days madness. This was more than likely due to a combination of factors, namely the sun. the prospect of Monday morning and a great many alcohol and/or drug fuelled hangovers. Gathering our thoughts and our belongings, we ventured forth to the main stage where Radio 1’s Annie Mac was finishing up before bearing witness to an hour long musical armistice in respect of the local parish (which was right next to the site) who were able to tend to their flock in relative un-amplified peace. De La Soul were the next act on the bill who, either intentionally or not, greeted the now huge crowd half an hour later than advertised, before launching into what I thought was a very stuttering set in which they kept stopping mid-song to directly address crowd members who weren’t waving their hands in the air or seemingly having a good time, the latter of which was certainly the case for one festival goer stood next to me who suddenly went very pale and proceeded to be violently sick! I’d like to think that this was as a direct result of him over indulging during the weekend and not a rather extreme protest/ critique of De La Soul’s performance! The final act for us of the evening was R+B, Dubstepper, Labrinth. For everybody else it was Dizzee Rascal but some of us had work in the morning. The Hackney born rapper went on to deliver an energetic and passionate performance which served as our backdrop as we wearily trudged through the mud one last time back to the car and all the comforts of home.

The Parklife Weekender offered solid entertainment for those of the clubbing persuasion, For more traditional purists such as myself it was a little too DJ/MC intensive. That said, why should all festivals tailor themselves to my particular musical preferences? That’s not to say that I found it un-enjoyable, with much praise and kudos going to the organisers, staff and artists for making the whole event possible in the first place and for enabling it to run as smoothly as it did .