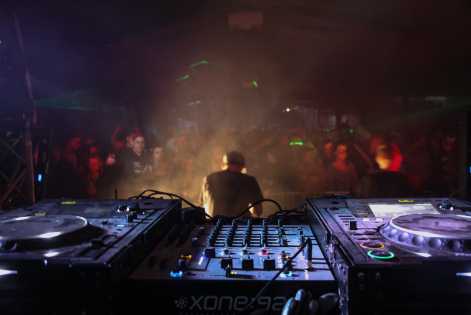 Held on the Noswrothy family farm hidden amongst the gorgeous green valleys of the Herefordshire countryside; Nozstock took place on the last weekend of July.
On arrival we were greeted with friendly faces and enough sunshine to raise our confidence after what I’m sure you would agree has not been the driest of summers. It was Friday morning and we dragged our bags through the campsite which was already busy and very much alive.
After being invited under a nearby gazebo for a warm can of beer by some lovely people, we thought it was time to venture through the gates and locate a somewhat colder variety of refreshment.
We were met by more smiling faces as we showed our wrist bands to enter the main event and we found plenty of places to eat and drink. The selection was locally sourced and the prices agreeable (feeling more like pub prices than festival prices – which is almost as refreshing as the tipple itself). Two particular favourites were the Butty Bach ale and the Rosey Cider.
Now refuelled and ready to go it was time to explore the rich surroundings and music! The orchard stage; presented beautifully and hosted by an enchanting yet dry humoured veteran donned in a handsomely decorated pink boiler suit, played host to a multitude of acts over the weekend. From the one man band Dollar Bill to the headlining Proclaimers on Sunday. Takeaway performances came from the uber charismatic Willy Moon and super cool voice of Jake Bugg who provided a perfect serenade the dipping sun and a slowly sipped cider.
As the evening progressed so did the music, the nights become raucous just as it did on Saturday when Tricka Technology arrived on the garden stage with an electric delivery of big beats, bringing the previously peaceful celebrations to life.  Andy C took this up a notch in the Bullpen (which is essentially a cow shed – believe it or not this works…trust me!)  We finished our night ‘down in the forest’ amongst lazer-lit trees and booming psytrance in the aptly named Coppice arena.
Sunday was an altogether more chilled out affair on the farm with guys and gals taking advantage of the sofas scattered around the place, absorbing the vibes and enjoying the acts of the final day. The weekend was brought to a close by The Proclaimers to a large and responsive crowd at the Orchard stage.
Nozstock isn’t the largest festival out there but it feels, for those of us who weren’t at Glastonbury in the early days, what that might have felt like back then. Its run by a friendly close-nit team who come across like more of a family than a business, their setup makes you feel welcome. I think the best thought I had all weekend was that this festival had the feeling of a big (and very well organised and executed*) 3 day long house party that I would absolutely ‘crash’ again.
*even if I did bump into roaming livestock on more than one occasion.

Published on 06 August 2012 by thisispaultaylor