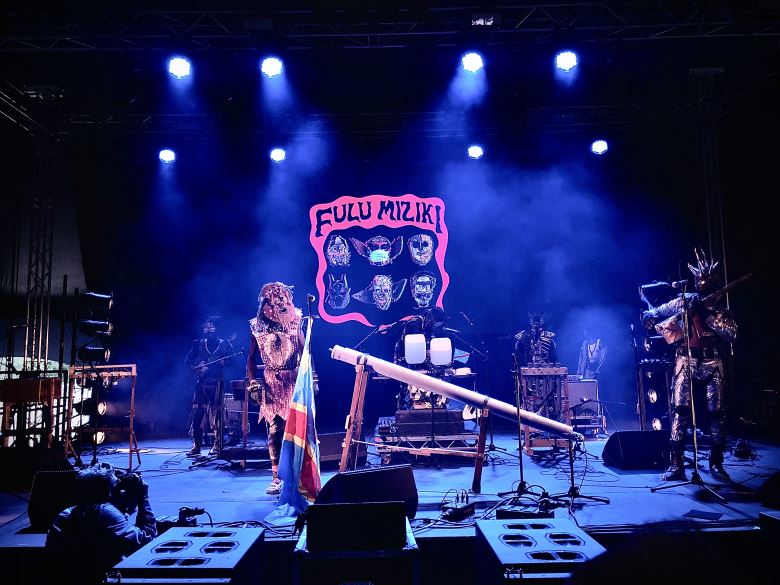 Womad is the most magical of festivals. Forty years old, it still maintains an innocence, humility and sense of wonder that few, if any, other festivals can rival. And if anything, in these days of abhorrent government-encouraged prejudice, its shop window for extraordinarily talented, diverse and – in my experience – universally charming artists from the global south is more relevant and important than it has ever been.

Over the long weekend I was viscerally transported by the most evocative and wonderful music to far flung lands across the globe. When I shut my eyes it truly felt like I was in some dusty bar in Mali or Mexico or Jamaica or Brazil or, well, the list of countries feels almost endless. The hot weather contributed to this immersive experience too of course.

Womad offers an embarrassment of musical riches. It feels churlish to single out only a meagre handful of the highlights as there were so many, but Fatoumata Diawara’s set was a brilliant beginning to the festival on the Thursday night. I was so glad I’d turned up early, it felt a privilege to be there. Sona Jobarteh, whose band included her talented and shy fifteen year old son, was excellent on the Friday evening, as were the Barmer Boys. Saturday though brought my festival favourites, Fulu Miziki Kolektiv – visually extraordinary both in their bizarre masks and costumes for their main set and, as it happens, in what I assume was their everyday gear earlier in the day when demonstrating their homemade instruments. Utterly marvellous. As indeed were Les Amazons D’Afrique whose high tempo dance moves and music were a delight on the main stage. Unfortunately these acts clashed so I didn’t catch all of the Amazons set, but fortunately I’d already witnessed them more informally earlier in the Taste the World tent.

But this festival isn’t only about the music. There’s an excellent selection of speakers in the World of Words, a financier turned Bhutan Buddhist nun and an ex-soldier who’d lost his legs were both incredibly inspiring. Activities for kids are also exceptional, the best at any major festival in my experience, culminating in a super-cute procession on the Sunday morning. There were also singing and dance workshops, my Jamaican Dancehall steps were – let’s say –  unique, the World of Art (as it says on the tin), a poetry venue, Oxfam and Amnesty tents, an extensive wellbeing area, the World of Physics, a counter culture area, lots of environmental discussions, a frenzied late night dance tent and, for me the best of the lot, Taste the World, where a fair few of the top acts come and cook something from their homeland and also sing unplugged. It’s virtually impossible to be bored.

I think we’ve established I’m a big fan of Womad, but that’s not to say it doesn’t have its faults. In this instance my two main gripes were the loos, which just weren’t cleaned or re-stocked with handwash and paper enough, and - on a more general level - the quality of the stage sound systems, which I felt were too often a bit iffy. They weren’t bad enough to ruin any of the performances, but it is something that could have been better.

Let’s not dwell though on the negatives. The camping areas are good and spacious, the showers were warm, the site is well set out and attractive, the festival vibe is super friendly, the bars are great and varied – including a real ale bar, a cider bar, and various other well stocked bars – and, even better, they’re reasonably priced, the shops and food stalls are also good, and the age range of attendees is right across the board. There is, as they say, something for everyone.

All said and done Womad is a wonderful festival and, for me, one of the highlights of the summer. Oh yes, I should add cash is still acceptable thank God; we really don’t want a cashless society. Get yourself down to the next Womad, you won’t regret it.