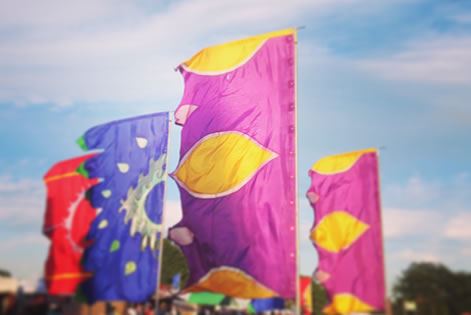 It’s all about the vibe. Most specifically it’s about the chilled jazz vibe, assuming your definition of jazz is so wide as to be virtually all encompassing. Festival headliners Van Morrison and Chaka Khan, to take just two of the many often-excellent weekend acts, have claims to greatness for sure, but are they jazz greats? Well, hmm, who cares?

Certainly not the crowd, they’re far too relaxed and good natured to be bothered about that sort of thing. They’re a fairly mixed bunch, a few of the usual just back from India festival types, a smattering of teenagers and young children too, but the bulk of the audience is thirty plus and the feel of the event reflects this demographic. Indeed at quieter times the crowd in front of the main stage looked like an eccentric and somewhat stoned caravan club meeting, so many were sitting comfortably in their sensible camping chairs.

Love Supreme has the feel of a hybrid festival, the dirty-faced mudblood cousin of nose in the air pure-blood Glyndebourne just up the road. The world famous opera venue has many more airs and graces of course, many more dinner jackets and evening dresses too, but something of its sophisticated restraint seems to waft down the stunningly beautiful Down-land valley in the soft summer air. It’s most certainly not a common lager kind of a festival (in fact you can’t buy lager onsite at all), but if draft cider or cask real ale are your thing then you’re in for a right rural treat.

It’s not then the wildest festival on offer, no one is going to completely lose it on acid or amphetamine, but there is a great deal to enjoy nonetheless. With six stages of various shapes and sizes the music mix on offer was very impressive indeed for a mid-sized festival, with Neneh Cherry, Larry Graham & Graham Central Station, Lisa Stansfield, Ginger Baker and Hugh Masekela particular highlights, as well of course as the very solid headliners. Chaka Khan in particular had the caravan club tapping their feet uncertainly to the beat like a synchronised troop of Prince Charles led astray by the pop-crazed Lady Di.

There’s an appealingly homespun feel to the well run site. Unlike some larger festivals it doesn’t feel at all officious or over-commercialised. There’s only one merchandise stall for example and just a handful of typical festival tat stalls. The food stalls are satisfyingly varied and their wares genuinely tasty (well I can vouch for the falafel wraps and the halloumi burgers anyway...they’re an addiction). The southern India vegetarian curry stall was particularly popular I noted, but the queue was always so large I never quite got around to finding out why.

There’s a spacious and peaceful feel to the camping too. There’s no tripping pissed over your neighbour’s guy-ropes here. In fact in the warm moonlight haze you can almost imagine you’re glamping. Some people didn’t need to imagine this mind you as there’s a bona fide glamping area hidden away somewhere I never found. The loos are well organised and clean too, albeit there was the usual proof that God is a man with frequent queues outside the women’s facilities.

Love Supreme is then a very chilled and, yes, a very nice festival. It won’t set the world alight, but it will leave you feeling peaceful and contented, like a good meal. It’s only two or three miles away from the bustling old town of Lewes but it could be a million miles away. It’s a hidden secret, a lost world, a place time has forgotten. It’s like stepping into another reality for a long weekend. I’m planning to go back next year – I’ll be looking out for a nice folding canvas chair in the late summer sales.