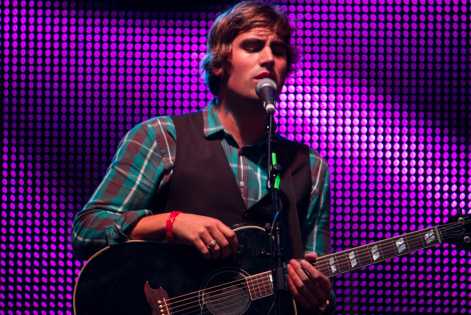 In its 39th successive year, Greenbelt Festival, a festival of Arts, Faith and Justice took up residence at Cheltenham Racecourse where it has called home for the last 9 years.
A steady flow of National Express coaches (just one of many schemes of sustainability promoted by Greenbelt) delivered followers of Faith and Music to a venue more used to hosting the jewel of the jump racing calendar, and the backdrop of betting shops and Totes offered a stark juxtaposition to the events of the weekend in hand.
The venue itself looked pristine at the onset of the festival, but the weather forecast told of intermittent rain and thunder storms and I am sure a few prayers were said to keep the impending downpours at bay. They weren’t answered this weekend!
We arrived at 2pm on the Friday and whilst the festival program did not start until 5pm, we felt we’d turned up late as the site was already a hive of activity. There were two main campsites, including a curfew area and various sites for disabled people, which were all heaving.
We pitched our £18 two-manner tent and immediately grew envious of our neighbours more luxurious setup of gazebos and gas BBQs. Regardless, we set about highlighting what we were going to view over the weekend in the brochure provided, heated some soup and sat in the tent briefly to escape the first downpour of the weekend.  The rain ceased long enough for us to take the 5 minute walk to the main stage to watch American singer-songwriter, Willy Porter. His clever fingering style and evocative lyrics didn’t disappoint the relatively small crowd that gathered to great him. After a walk over the racecourse, we were welcomed into The Jesus Arms for a quick pint, the only beer tent at Greenbelt where you could enjoy periodical outbursts of group hymn singing accompanied by a bar menu to keep even the most discerning CAMRA member happy.
Further on from the Jesus Arms, we found The Big Top. Hosting guest speakers and live music over the weekend, including a discussion with Frank Skinner (himself a practicing Catholic) and a silent disco on the Friday, Saturday and Sunday evenings.
After catching a glimpse of Shane Claiborne, American Social-Activist and leading figure of new monasticism, delivering a talk on the economics of rebirth, we realised why the main stage opening acts received modest crowds as the Big Top was packed with people enjoying Claiborne’s relaxed and humorous style.
Walking back towards the Food Court, which offered a vast and diverse menu, we were passed by a procession of robe wearing individuals carrying umbrellas following a crucifix that was held aloft at the front of the group. Many more passed by us in its wake......then the heavens opened.
Walking back to the camp site, we saw there was a taxi spare (golf buggies were used to taxi people to and from the camp sites to various locations on site at the cost of £1 per person per ride) and we jumped straight on to escape the rain and get back to the tent. A short toilet stop became an expensive mishap when i dropped my phone down one of the portaloos and as such the author offers the following advice...take a small torch with you, whilst an iphone doubles as a torch quite effectively, the thought of dropping a £2 torch down the khazi sound much more appealing!!
We woke on the Saturday to the tapping of rain on the tent, and prepared ourselves to stay as dry as possible for the day. Frank Skinner was nearly pulled as the Big Top suffered from the torrential rain, but the staff at greenbelt ensured that the programme ran and the hoards of queuing punters steadily trickled in!
A quick dash back across the race course walkway, which was now floating on a bed of water, reminded us of how a bit of rain can’t dampen spirits of the hardy festival go-er! We saw children wading, splashing and some trying to swim in the shallows, whilst their parents watched over them, performing cartwheels and diving headlong through the water.
Down pours of biblical proportions, continued to batter the venue. In the main camp site gazebos fell and the walkways became waterlogged. The trusty two manner stood strong. Thunder and lightning struck simultaneously, and we were confined to the tent for a while. The rain slowed in time for the headline act of the Saturday, and a huge crowd gathered at the main stage to watch The Asian Dub Foundation, returning to greenbelt for the first time in over a decade.
Sunday morning, the rain had stopped, and we made it down to the main stage for what drew the biggest crowd of the weekend. Sunday Mass. 10,000 plus all holding small bottles of wine and bread up high, offered a true spectacle for the greenbelt first timer!!
In summary, Greenbelt Festival is an extremely well run event, with an eye on sustainability and equality. Family friendly, with a host of activities for children of all ages, the Festival is undoubtedly going to run for a further 39 years. However, as it is heavily faith based, it might not offer the more main stream festival go-er, the experience they are used to. But for those with an open mind it’s definitely a festival worth taking a look at.
Thomas Barber

Published on 03 September 2012 by bigbarbs